The Selanne-Friesen trade, a Duck's perspective

Share All sharing options for: The Selanne-Friesen trade, a Duck's perspective 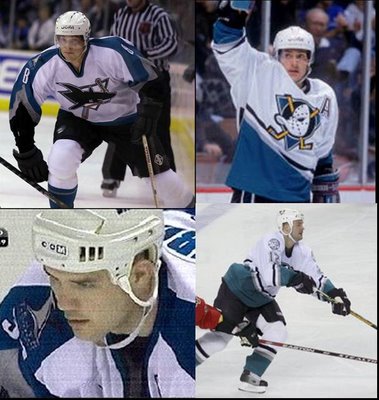 On March 5, 2001, the Mighty Ducks of Anaheim traded favorite Teemu Selanne to the San Jose Sharks for Jeff Friesen and Steve Shields. This perhaps is the biggest shared moment of these two franchises (we don't care that they have Ron Wilson and they don't care that we have Jason Marshall), and it is my belief that it didn't work out all that well for either side.

Friesen wasn't terrible, but he was no replacement for the ever-lovable Teemu, and was moved on July 6, 2002 with Oleg Tverdovsky and Maxim Balmochnykh to the New Jersey Devils for Petr Sykora, Mike Commodore, Igor Pohanka, and Jean-François Damphousse.

(Just to follow the moving parts, the Ducks later traded Commodore and Damphousse to Calgary for Rob Niedermayer. Sykora and R. Niedermayer were both keys to the 2003 Cup run, and arguably the reason we have Scott Niedermayer today can be credited to this trade.)

However, Friesen not only won the Cup with the Devils over the Ducks, but he also managed to score two goals in the decisive game seven. In doing so, he became arguably the most despised former Duck in Anaheim's short history.

Anaheim perception: Here's a guy who not only cost us Teemu, but then underachieved while he was here, only to finally play a great game in Game Seven against us, and all the while sporting his trademark smug-faced grin.

Teemu, meanwhile, didn't suffer too much backlash from Anaheim fans until 2003, when he turned his back on the franchise and signed instead with the Colorado Avalanche along with other franchise fave Paul Kariya. Now that Teemu has returned to Anaheim, all is forgiven, and he might even get two numbers retired (#8 to celebrate his former tenure and #13 to celebrate his resurrection). Paul, meanwhile, still generates a mixed reaction.

Friesen is back now also, having been acquired at the trade deadline for a 2nd round pick, and his re-acquisition was met with less fanfare. GM Brian Burke had of course to that point been on a roll with his trades, so fans accepted it, but many were disappointed.

Jeff's number's this year didn't help, incidentally. He had suffered a groin injury that had limited him to 33 games played for the lowly Washington Capitals, but he had still managed only 3 goals in those 33 games. He scored one more for the Ducks, but even spent some time as a healthy scratch in some critical end-of-season games.

This postseason, Friesen has been good, especially once put in a checking role with Sammy Pahlsson and Rob Niedermayer in Game 6 against the Flames. 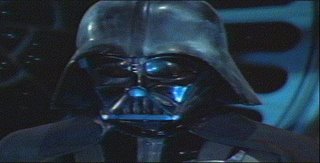 My take is that we re-acquired Friesen for one reason: so he could undo the Game Seven curse that he engineered upon the franchise. He is like a classic Darth Vader, who if he could only see the good still in his mechanical frame, could rid this franchise of the dark and evil stench of a Game Seven loss. Only he who wrought such agony truly has the power to purge the demons.

So far, it's worked. We bested the Flames in Game Seven, helped by goals by both Selanne and Friesen (though his was an empty-netter).

You still owe us, Jeff.