Stanley's nightmare is over

Share All sharing options for: Stanley's nightmare is over 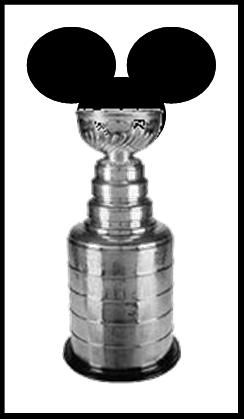 On June 21st, 2006, one of my NHL dreams will officially be dead. The Stanley Cup will not be tainted.

On June 21st, the Mighty Ducks of Anaheim will officially die, and the Anaheim Ducks, complete with a new logo and color scheme, will begin. The Arrowhead Pond will simultaneously have its contract expire at the end of September that will probably remove both 'Arrowhead' and 'Pond' from its moniker.

These moves further distance us from Disney and its silly trilogy, and cements us as a 'respectable' member of the NHL (well, I'll believe that when I see it).

5 reason's I'm against changing the name/logo/colors:
So, I'll take it, I guess. But forgive my pessimism. I worry when the new colors don't really impress, will we do it again in another decade? Or will it dawn on us that it is the waffly fanbase of Southern Californians that might really be the object of ridicule?

And probably the more important lesson--a LOT of business has been put around this sport of hockey. Let's not lose sight of what the real product is.