The Band of California

Share All sharing options for: The Band of California 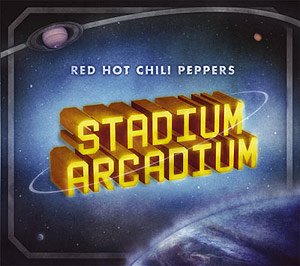 Since I'm sure there's only so many ways Earl can turn the knife in our backs over the Ducks adding Pronger this offseason, I figured that we can throw in the occasional non-puck related post in here every now and then.

(Just wait until we get into hockey video games, which I guess is kind of puck-related)

This is also a first in another way. For some reason, I've always had an abritary grudge towards the Peppers. For one thing, the band refused to share the stage with another California funk metal band Faith No More. For those of you not "in the know," FNM was fronted by future Mr Bungle, Tomahawk, Peeping Tom, Fantomas, etc. mastermind Mike Patton. I said to myself: How can I make guys richer who cock-blocked the man who wrote the lyrics: "The cat's in the bag/and the bag's in the river"?

I also think that Anthony Kiedis falls under the Sergei Fedorov School of Jealousy, in that he has good looks, lots of money, undeniable skill and mountains of poon. (Just to cover my bases on the skill front, let's say Fedorov already has tenure in the school)

I mean, sure, there were plenty of RHC songs that spoke to my love of outrageous bass rocking. "Under The Bridge" is one of those must-like songs. "Aeroplane" has a video that aligned perfectly with my ascent/descent into puberty. And there were more...I guess maybe it was just the bad pun of "Californication" (even though it was a good song) and the bad accent-ry of "Scar Tissue" that held me back. 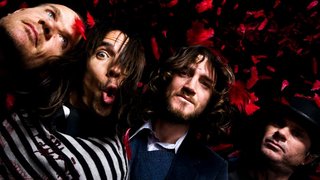 Well, after hearing "Dani California" about 1.5 times I knew that album would be in my collection sooner or later. After hearing half of the first disc, I'm ready to put them up there with the Arcade Fire as bands that are allowing me to let go of dredg (another California treat) and other now-regrettable high school faves.

So, Mr. Kiedis, sing about California every album you want. He can sing about manure or the Ducks new jerseys (redundant), and it would still be gold.

But do yourself a favor and give this bad boy a listen. You will NOT be dissapointed.