One revelation that I am starting to come around to is the misalignment of incentives between a GM and his franchise. You see, a GM and a franchise are both in the business of winning, except that a GM is more about the ‘short-term’ than the ‘long-term’.

A lot of the extravagant deals we are seeing suggest that a key bargaining chip that a GM can offer a UFA is extra length on a deal. A franchise might not see this as an optimal strategy, as this ties its hands in filling rosters under future (variable) salary caps, but what does a GM really care? By the time a 5-year deal proves unfavorable, the GM who signed it will likely be long gone; the punishment for frivolous long-term spending is likely to be incurred on his replacement, not him. A bad GM gets benefited by acquiring a now-serviceable player while his franchise (down the road) gets screwed with a potentially dead-weight contract. 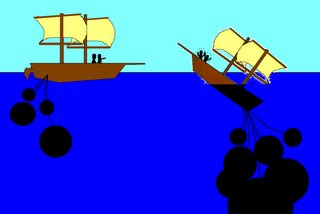 The real losers in all of this are probably ‘GM replacements’, the yet-to-be-hired guys who have to come in and fix a franchise that has been forced to tread water because of the last guy’s over-commitments. How are we really to judge a new GM when he inherits a predecessor's mistakes, which especially in a cap league can be quite crippling for a couple of years?

This is also somewhat troubling because as bad decisions are being made (but not immediately punished), they are also 'setting the market' for teams that otherwise may have spent more reasonably or committed less towards a future salary cap.

We’ll find out later which specific contracts turned out to be junk (if revenues climb and the cap keeps climbing, maybe none of them), but rest assured that the losers will not be the GMs who signed them, but rather the franchises themselves. All this because the NHL/CBA could not properly align a GM’s short-term vision with a franchise’s long-term one.