Malkin gets discovered in L.A.

Share All sharing options for: Malkin gets discovered in L.A.

Evgeni Malkin's disappearance from his Russian team's training camp was quite the espionage story, but few are reporting on how it was discovered that the Pittsburgh phenom was hiding out in Los Angeles.

Per an unreliable source, Malkin's agents were hoping to keep the kid's location under wraps for another week or so. Unfortunately, those plans were foiled when this photo was leaked to the general media: 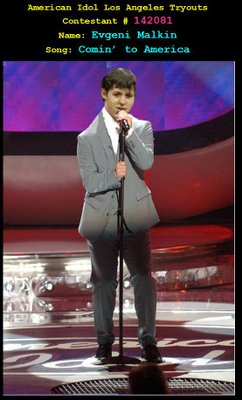 Something about those kids, they all think they're superstars, I guess.