Put away the frickin’ cartoons, Sleek! Burke made a hockey deal!

Share All sharing options for: Put away the frickin’ cartoons, Sleek! Burke made a hockey deal!

I’ve spent a little time on this blog lamenting the new name and uniforms, as I don’t feel that it does anything meaningful in the way of ‘respect’, but it certainly does serve to alienate existing fans. 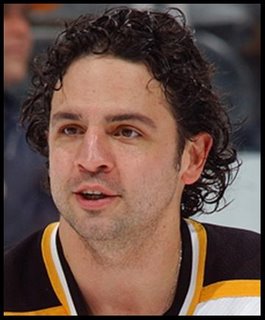 Well, I guess Brian Burke is helping us re-connect with the past, signing former Mighty Duck Travis Green to a one-year deal. In fact, this ‘vintage signing’ is turning out to be quite the theme for Mr. Burke, if you consider our reacquisitions last year of Teemu Selanne, Jeff Friesen, and Jason Marshall. (Other two-time Ducks include Oleg Tverdovsky, Fredrik Olausson, Jason York, Drew Bannister, Stu Grimson, Denny Lambert, and to a very small extent Chris Kunitz.) [EDIT: and Anatoli Semenov, props to commenter 'kevin']

Green originally came to the Mighty Ducks in 1998 from the NY Islanders, and was promoted as the guy who could finally be the third contributing member of the Kariya-Selanne line (it turns out later that Rucchin, the guy we had from the beginning, was actually the best fit, but we were all gullible as hell back then). Naturally, Green disappointed in the role (like Cullen, Titov, Hrkac, and more), but that’s not to say that he won’t play a nice role for the Ducks this year.

What I like about this signing: What Green will bring to this squad is a solid, right-handed, faceoff presence (54%), to help balance the left-handed faceoff studs we have already in Pahlsson (53%), McDonald (56%), and Marchant (51%). He can help kill penalties and will chip in a goal every month or so to remind JavaGeek that he is actually on the team. I guess the best thing this go round, though, is that unlike 1998, expectations will be very low for Green.

Why I am wary about this signing: Now we have 5 reliable centers (assuming Rob N. takes the wing) in McDonald, Getzlaf, Marchant, Pahlsson, and Green. Green coming in better not mean that one of the other four is on his way out. Also, I am always wary when a veteran signs to an undisclosed salary. The one-year-deal, combined with Green’s age (35), means that there very well could be performance bonuses also, which adds a little complexity to things. [EDIT: Per the OC Register, the contract is for $500,000.]

One side note is that I had a friend from high school (not a hockey fan) that lived two doors away from Travis Green in Tustin, CA. Though I never met Travis (at that point, I was at Duke University), reports were that his wife was unbelievably beautiful. When Green left in 1999, instead of selling the house he rented/lent it out to Marty McInnis for the next couple of years. I don’t really know what happened after that (my friend moved away), but there exists the slim possibility that I know exactly where Travis Green will live.

At any rate, Travis, welcome back. Tell your wife we missed her.