Wait, I forget. Were we supposed to get more Disney or less Disney? 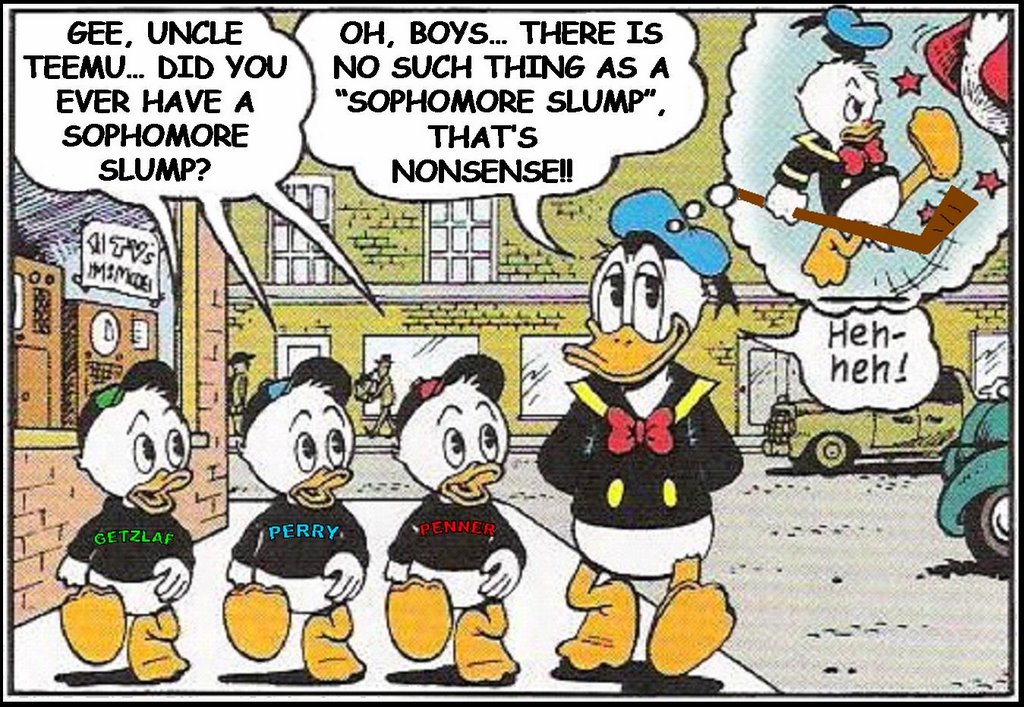 Oh well, I saw the picture and had to use it. I should note that I think Penner will still qualify as a rookie next year, but that is being somewhat technical.

You know, probably the best thing I liked about having Burke and Carlyle last year was how they managed the promotion of the kids (Getzlaf, Perry, and Penner) into the NHL club. They weren't rushed to the forefront, and in fact each spent enough time in Portland to amass at least 30 AHL points.

And on the big club, none of them were initially relied on, but gradually they began to assume more and more responsibility and see more situational ice time. The kids didn't have to deal with the pressures of team leadership, Calder ballots, or even their own on-ice welfare (thanks to another great coaching move with bruiser Todd Fedoruk), yet by the end they had become fairly reliable scorers, all now with three rounds NHL playoff experience. (Well, except for Perry, who sat out the Avlanche series nursing an injury doled out by teammate Sammy Pahlsson. But he would have played had Colorado won a game!)

Who's going to avoid the slump and step it up?