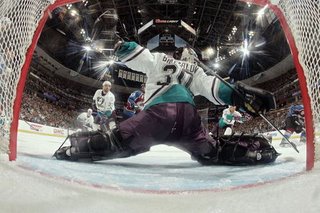 This, of course, is fantastic. Not only does Anaheim get a great contract in net (about $1 M per year less than I thought it would be!), but its best off-ice quote is coming back for more nonsense. I remember reading about Breezy when he was a new prospect in Cincinnati, straight after his arrival from Russia. I believe the interview went something like this:

Bottom line: You got to hand it to Brian Burke. When he made noise that Vishnevski was over-rewarded at $1.55 M, he traded him away and promptly signed 'Franchise' Beauchemin to a two year, $1.65 M-per-year extension. With this even cheaper deal in the books, Burke has at least demonstrated to this humble Vish-fan how a million-and-a-half bucks could be better spent. 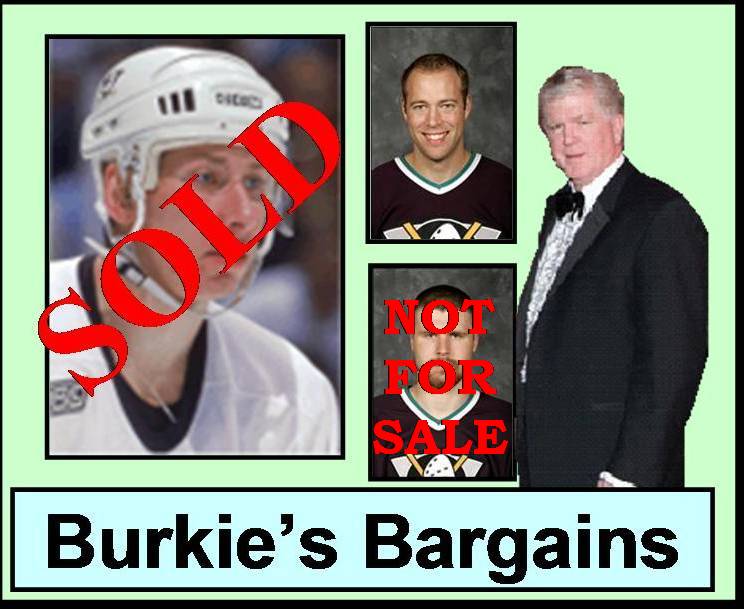 Make no mistake, the pressure is squarely on J.S. Giguere now. His hefty $3.99 M contract (the only major contract Burke didn’t negotiate or acquire) can be managed on this year’s payroll, but with the bargain Breezy signed for, J.S. better be awesome. You have to think that barring a great year or a massive pay cut, this could be Jiggy’s curtain call in Anaheim. And if that’s the case, Burke might be tempted to Roloson him out at the trade deadline, if not earlier.

I think it's still too early to tell (Bryzgalov has only played in 44 NHL games, counting the playoffs), but the question in Anaheim has shifted from "Which goalie do we trade?" to "Do we trade Giguere or not?"

Incidentally, it turns out that with the departures of Salei and Vishnevski, Giguere is now the 3rd-longest tenured Duck--by a margin of less than two weeks:

I guess I should say ‘continuously-tenured’ Duck, since Teemu Selanne played in all those games and Travis Green was already an ex-Mighty Duck by then.