Magic 8-ball, will I get two minutes alone with Chris Pronger?

Share All sharing options for: Magic 8-ball, will I get two minutes alone with Chris Pronger?

SoCal NHL hockey will be kicking off this evening with an opening pre-season tilt between the Ducks and Kings in Anaheim. This will be a radio-only tilt, and per the OC Register:

League rules mandate that exhibition lineups include at least eight players who appeared in a minimum of 40 games the previous season or have at least 100 games of NHL experience. The Ducks planned to meet that requirement tonight with a combination of centers Ryan Getzlaf, Travis Green and Samuel Pahlsson, right wings Corey Perry and Rob Niedermayer, and defensemen Francois Beauchemin, Sean O'Donnell and Joe DiPenta.

This is good news for me, as I got tickets to Wednesday’s exhibition game vs. San Jose, and now have a better chance of seeing our big-money players, particularly Chris Pronger’s first visit to the home penalty box. 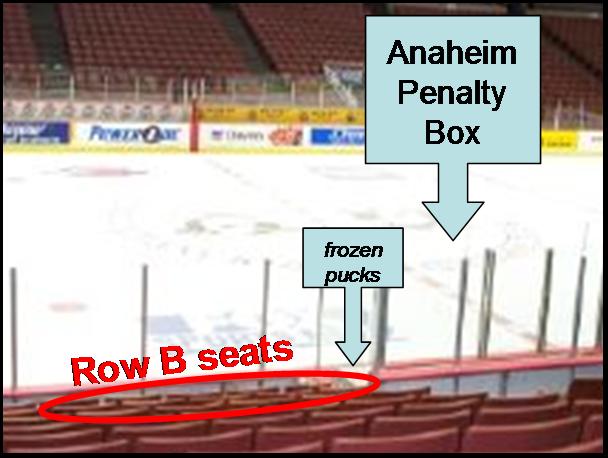 Four times a year (not counting postseason) I get these awesome Row B seats right next to the Ducks’ box, including this SJ game, so if anyone has any particularly inspired questions or messages for Mr. Pronger, leave them in the comments and I’ll try to pass them along.

Sure it’s a longshot he’ll respond, but hey, I’ll be drinking and exuberant with the return of hockey. Who knows how things could turn out?