Share All sharing options for: Referees beat the Red Wings in Anaheim

Somebody tell these kids to respect their elders. Led by rookie Shane O’Brien’s Gordie Howe hat trick (including the game winner), the Ducks got goals from two 21-year-old sophomores, one 23-year-old rookie, and a 27-year-old veteran named Kunitz. 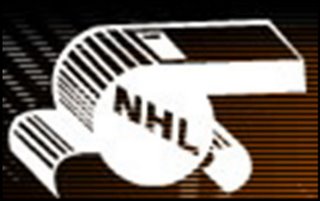 Though it is always sweet beating the winged wheel, the real story of this game unfortunately was the officiating on both ends of the rink, as terrific as I’ve ever seen. There were two boarding calls that hardly involved the boards at all, an interference call immediately after touching the puck, a roughing call with minimal contact, and quite a few hooks and trips that really were terrible calls.

Fortunately for the Ducks, their special teams were good (and fortunate), while Detroit fell to the other end of the spectrum. Actually, penalty killing was really good on both ends of the rink, but the Ducks got enough chances and bounces to put in their pucks.

This is not to say that our victory was undeserved—far from it. I think the Ducks were really on top of their forecheck last night and Detroit hardly looked dangerous, but overall, I would have been much happier had there been zero refs last night instead of two.

Of the 19 goals the Ducks have scored thus far this season, 10 have been on the PP and another has been shorthanded. That’s’ 58% of Duck goals on special teams, so maybe I should get a little more appreciative of phantom refereeing.

Dallas, San Jose, and Anaheim all have 10 points through their first six games. All have decent obstacles to adding to that, however. The Sharks host the Red Wings tonight, the Ducks get the 6-0 Wild and the Stars host the Hot Hawks, both on Friday.

The Ducks have scored first in all six games they have played thus far, and also have the league’s best power play differential at this point (10 GF, 0 GA).

I was going to title this post, "Take that, Michisota!", but the Kings (for the 4th home game in a row) failed to make their one-goal-per-game stand up against Minnesota. Rob Blake hasn’t scored a point for the Kings since February 14, 2001. Only Wade Redden is being paid more this year to be scoreless from the blueline.