Share All sharing options for: BoC Gameday—Sharks at Ducks

In response to this game-hype image, Sherry said…

Are those the most vicious pictures of ducks you could find? Poor things look like they're about to become supper.


Ah, yes. The old game of mascot vs. mascot. Well, in tonight's game, this 'shark vs. duck' figures to be a rather one-sided debate, it appears. A shark, the predatory terror of the open waters, vs. a duck, nature's bipedal version of Instant Noodles?

So what defense does a poor little duck have against a bloodthirsty shark? 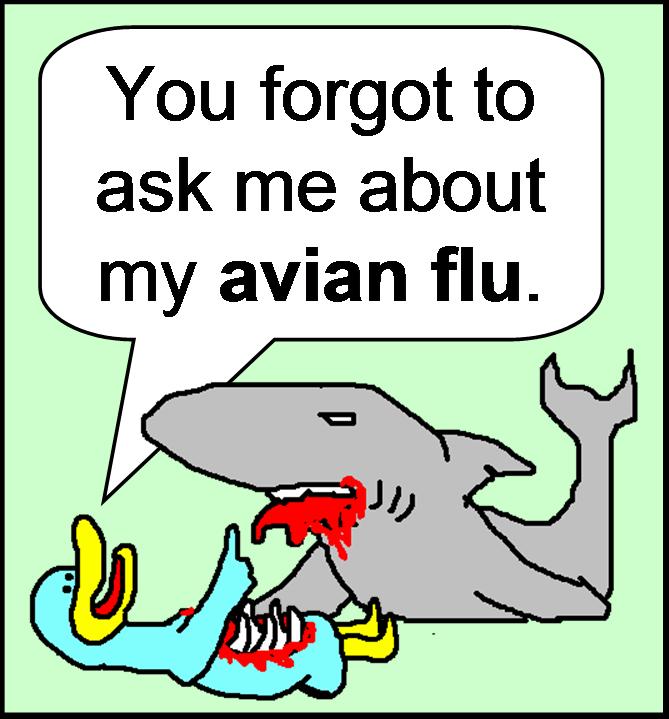 Prediction: At some point, it will be Anaheim 2, San Jose 2. Beyond that, I should be pretty smashed.

p.s. Let me know in the comments if anyone else is going to the game. Maybe I’ll let you buy me a beer.