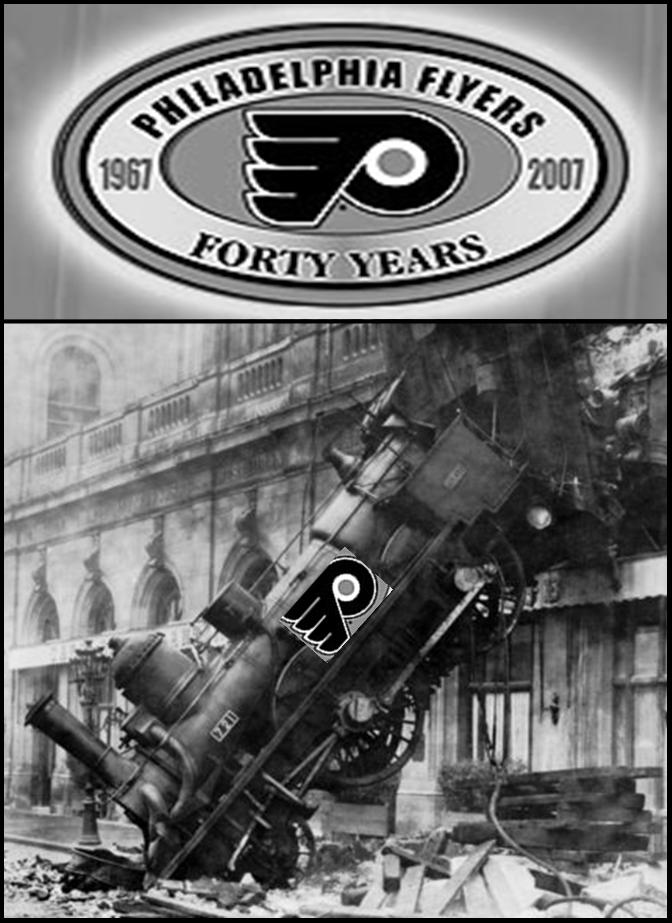 Philly comes to town with a league-worst 1-7-0 road record to try their lot at the Ducks' 8-0-3 home record.

This Flyer team has fallen apart in dramatic fashion. Last year the Flyers got 101 points; this year they are on pace for 39.

How best to express the futility? But hey, maybe there’s hope for the once-proud Broadstreet Bullies. The Flyers are 1-0 so far vs. the western conference, and the Ducks have been pretty kind to the east this year, agreeing to go to OT in all three contests. As a result, eastern teams vs. the Ducks have taken 5 of a possible 6 points, while the Ducks themselves have taken 4 of a possible 6. Conspiracy?

Prediction: Ducks 5, Flyers 1. Pahlsson and Getzlaf each get a goal; Selanne gets a hat trick and knocks Derian Hatcher's teeth out.