Share All sharing options for: Ducks Pre-Game Day: Countdown to the Oil 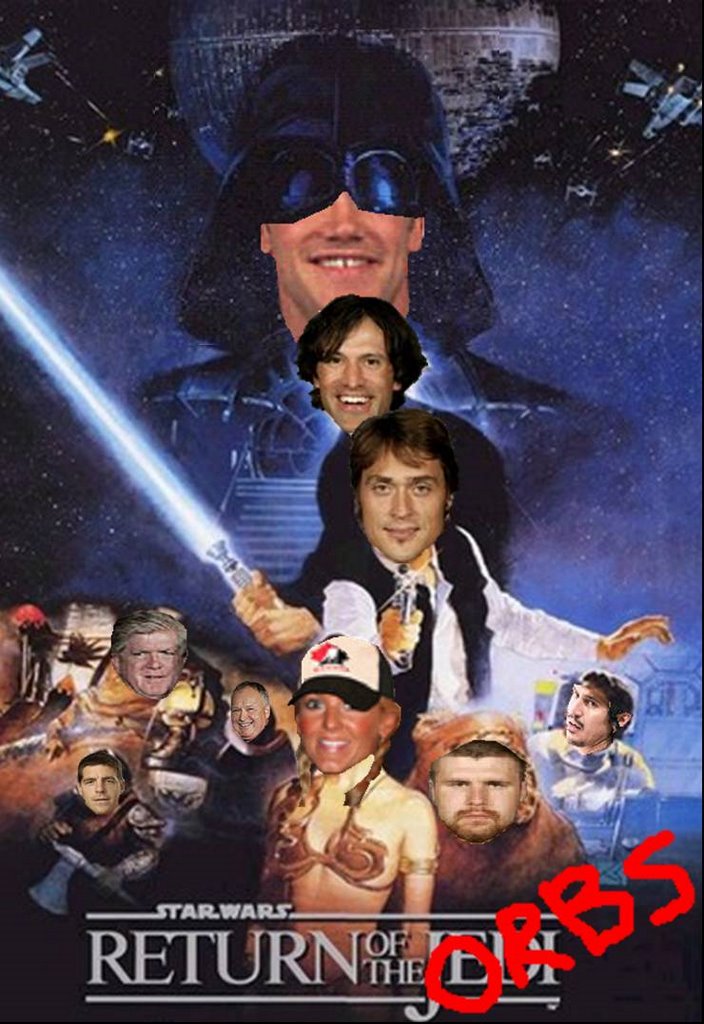 1. Return of the Orbs. Really, this ProngeRage is probably the most overblown part of the whole deal, but what can I do? This date has been circled on so many Edmonton calendars that you’d think Rexall was doing a PS3 giveaway. I’ve said it before; there’s plenty of room for Oilfan sympathy, but let’s not pretend they’re the only team to lose their star player days after a painful SCF G7 loss.

2. 1,000 game club. I suppose of lesser importance will be that this game will also be Scott Niedermayer’s 1,000th career regular-season game. It’ll be interesting to see how the Oil faithful will handle that announcement; will they bother to ‘boo’ or is that all being saved for Pronger? Teemu Selanne (984), by the way, is scheduled to have his 1,000th game (health-permitting) in about a month, while Travis Green (941) will likely never get there if he doesn’t start improving on his 2-appearances-in-25-games role.

3. Schedule getting tougher. I really do have to talk about strength-of-schedule when it comes to the Ducks’ success thus far. Anaheim has played 17 of its 25 games at Honda Center, and tomorrow begins a stretch of 13 of 17 on the road. From last year’s playoff teams, the Ducks have not yet this season traveled to the following cities (home record in parentheses): Detroit (6-1-3), Dallas (8-2-0), Nashville (6-1-2), San Jose (9-2-0), or Edmonton (10-2-0), so there are still a fair amount of questions to be answered about how good these Ducks really are. And the two times the Ducks have played a previous-year playoff team on the road? They got shutout in Calgary and lost a shootout in Colorado.

4. Goaltending secrecy. The Ducks do like keeping goaltending injuries a Pentagon-level secret, like last year when, out of the blue, J.S. Giguere was unavailable for the first game of the playoffs. Similar story last night, when instead of our usual Giguere-Bryzgalov tandem, the Ducks started Michael Wall (AHL), backed up by David McKee (ECHL). Per today’s L.A. Times, Giguere says he is "99 percent sure" he is starting tomorrow, but who really knows? If McKee ever gets the nod, by the way, he will join Andy McDonald, Chris Kunitz, Dustin Penner, and Ryan Shannon as Duck players this year who were never drafted, but instead signed with the team as UFAs. (Side note: apparently Nashville claimed Michael Leighton from the Ducks off waivers also, and Anaheim will be paying half his salary. Sweet.)

5. Moustache watch. George Parros, after a crummy start, has looked a lot better in the last 4 games he’s played in. He still has yet to be on the ice for an Anaheim goal-for, but at least he’s not surrendering goals and when he does fight, he’s done it well enough. Still room for improvement, though, as both Todd Fedoruk and Shawn Thornton were able to produce at even-strength as well as fight. Parros has yet to be even close to useful in a game in which he does not fight.

6. Anaheim Norris race. It’s astounding to me how much Duck message-boarders seem to be stuck on the notion that Scott Niedermayer has been this team’s MVP thus far, when the Pronger-comparison numbers really aren’t that close (well, except power-play production, since they share so many minutes there). Here’s some key stats:

7. Selanne responds to criticism. Don’t forget, though, that Selanne has been on fire also, ever since I called him out in the "don’t vote for Teemu" All-star ballot post. Here’s a little split for ya, before and after I called him out.

8. Changing the rules. A weird new wrinkle this year in how division leaders are selected. Assume for a second that Anaheim wins tomorrow by two goals. Per the NHL standing rules (at the bottom of this link), Minnesota would reclaim the Northwest Division lead by virtue of goal differential (Wild +9, Oilers +8) despite identical records. Problem is, these goal-differential numbers count shootout wins and losses as "standings" goals-for and goals-against, a new development this year. Minnesota’s differential is boosted by having a 5-1 record in shootouts compared to Edmonton’s 1-1 shootout record. These would not have factored in goal differential calculations last year.