An Open Letter to Edmonton Fans

Share All sharing options for: An Open Letter to Edmonton Fans 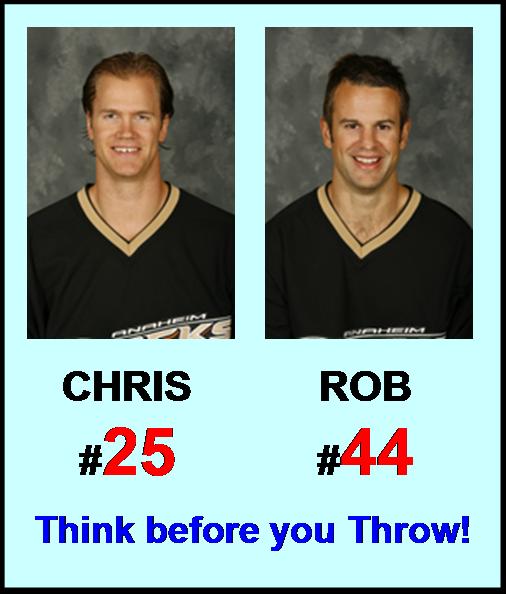 A special thanks to Earl Sleek for allowing me this opportunity to address hardcore Oiler fans.

My name is Rob Niedermayer, sometimes called "RNieds", or "the other Niedermayer". You might remember me from the last western conference finals, although you probably had to be paying pretty good attention to notice little old me.

At any rate, I am not here to chastise the Edmonton faithful for feeling betrayed by last offseason’s mysterious Pronger departure, nor even to try to plead for a well-behaved Rexall crowd tonight. I remember when I was traded how hard it was on my fans, when later they learned that I was actually Scott Niedermayer’s brother.

No, I am writing today to emphasize a fact that I’m not sure has gotten enough publicity in the Edmonton area: Chris Pronger no longer wears number 44. Because of my impressive stature on this Anaheim team (again, Scott’s brother), I was allowed to keep the number, and Prongs instead chose number 25.

This is very important tonight, as you are stuffing your socks with loonies and pulling batteries out of your iPods, THINK BEFORE YOU THROW! For now, and for the foreseeable future, #44 is not public enemy #1 in Edmonton; it would be a shame if a well-aimed beer toss got sent to the wrong recipient tonight.

Prediction: Ducks 5, Oilers 3. Despite my efforts, I still get hit by a misguided Pronger projectile.