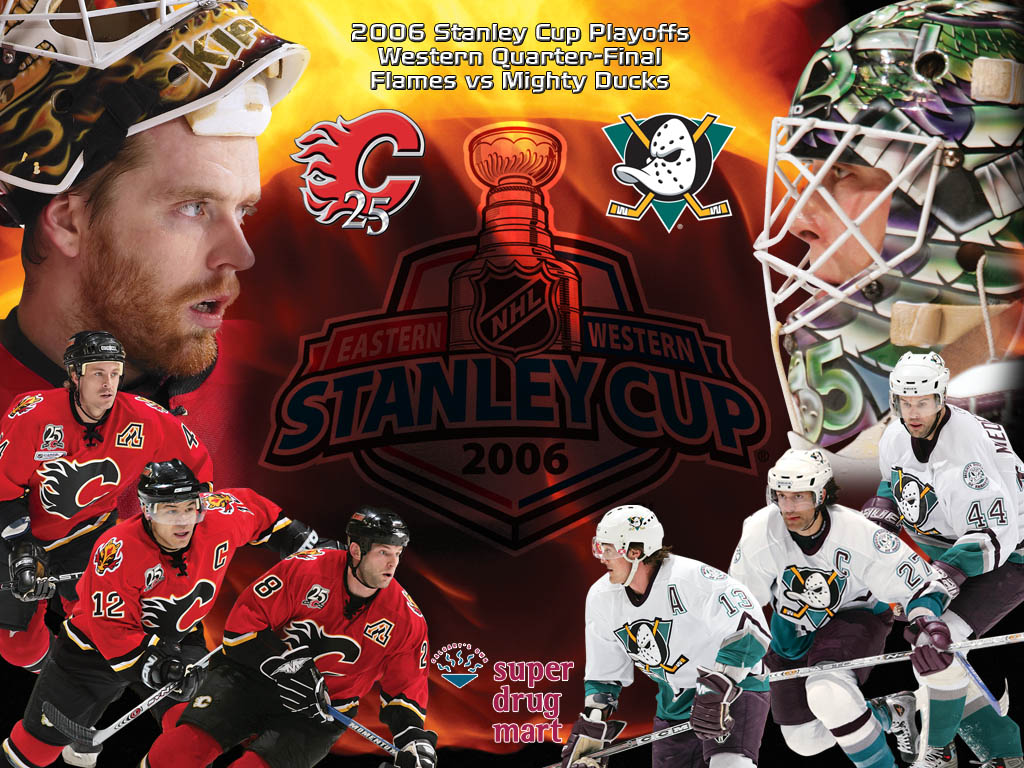 Thanks for the graphic, Grabia.

Sorry this one will have to be short; not only is this game snuggled between two very high profile Pacific matchups (last Saturday’s ANA-SJS game and this Wednesday’s DAL-ANA game—I just found out that I am attending the Dallas game, btw), but I was also away from the computer all weekend. So for a better-thought-out preview probably check out Matt at BoA, Five Hole Fanatics, Double D(ion), or Real Deal Hockey.

Ducks return from an almost-perfect 5-game road trip for a battle between the top two scorers in the western conference:

Prediction: Ducks 4, Flames 3. Flames try to hold a lead, but the Ducks storm back in games six and seven. Goals by Pahlsson, O’Donnell, SNiedermayer, and Selanne, who non-coincidentally scored the four game-winners in last spring’s series.