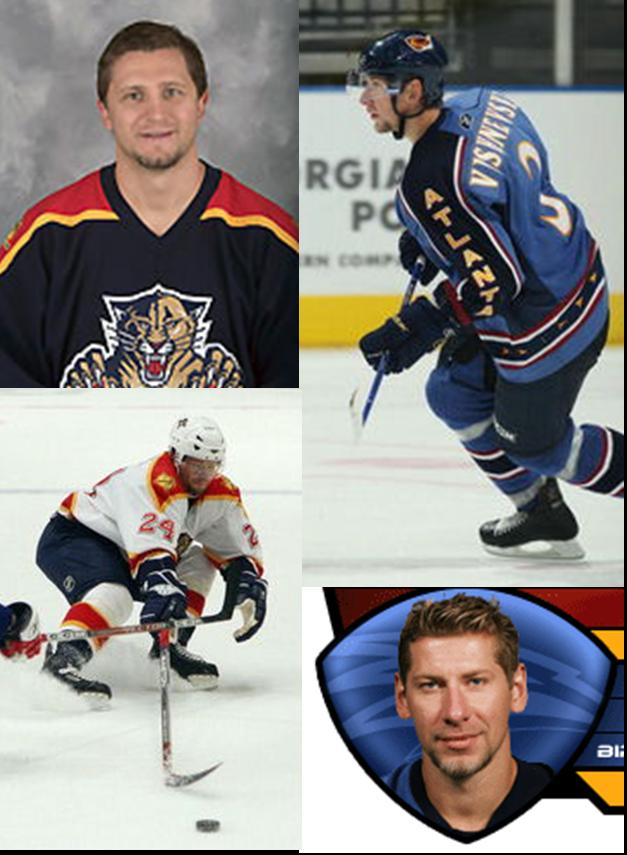 Another set of back-to-backs on the Ducks’ Sherman march through the Southeast, but this time it gets a little more nostalgic. These particular games feature Ruslan Salei and Vitaly Vishnevski, some nasty defensemen who got replaced this past offseason by a monster named Pronger. These two ugly mugs combined to play over 1,000 games for the Anaheim franchise, not to mention contributed minutes in our two lengthy playoff runs, and I miss the hell out of them.

Rusty Salei, the Ducks’ first round pick in 1996 (9th overall), signed a 4-year deal last July with the Florida Panthers, where I hear he is playing admirably on a not-very-strong team. His 20 points would put him 3rd on the Ducks’ blueline, only 7 points behind Scott Niedermayer. Still, the Panthers have only won 2 of their last 10 games, which includes a stretch of being shut out in three consecutive games. Salei is tough as nails and can be a decent puck-mover when he wants to be. He definitely struggled at first with the new enforcement rules, but improved significantly towards the end of the season. He is an adorable Belarusian beast, a thorn in scorers’ sides.

Vitaly Vishnevski, Anaheim’s first round pick in 1998 (5th overall), is still a work-in-progress, I would say, after he was traded to Atlanta following his arbitration award. Vishnevski, the name proudly sewn on the back of my only Anaheim jersey, is a momentum-hit artist, with an innate sense of when to intercept and clobber an unprepared rushing forward. He’s never shown great interest in scoring, but still left Anaheim as a very popular player. It’s good to see Vitaly playing well on a division-leading Thrashers team, along with other former Mighty Ducks Steve Rucchin, Niclas Havelid, Jason Krog, and Mark Popovic. I’m being a bit selfish here, but if I could undo only one of Brian Burke’s GM moves, Vitaly would still be an Anaheim blueliner (and this jersey would still be half-relevant). 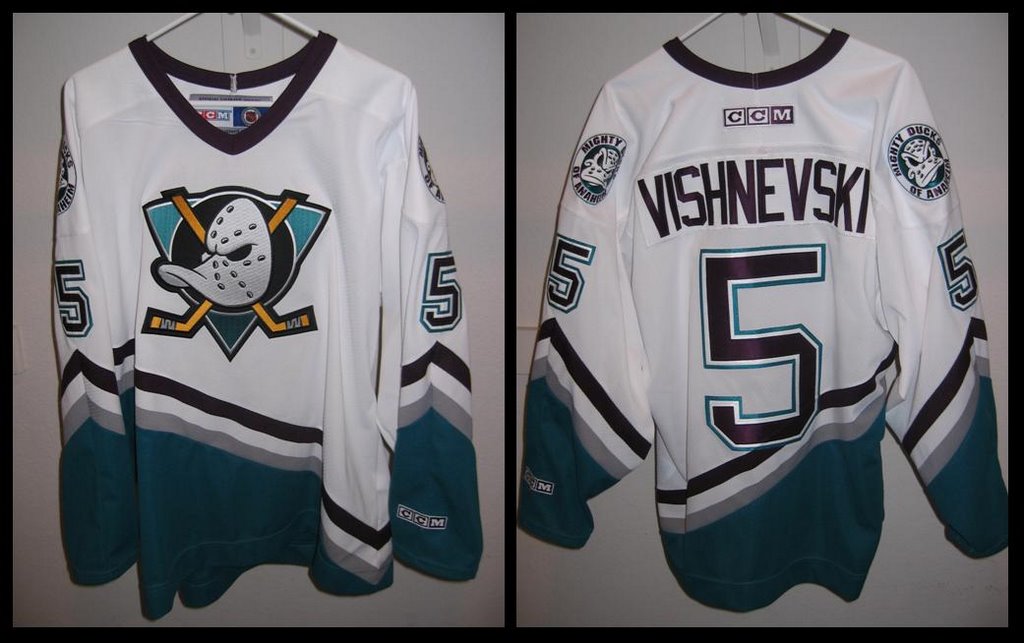 (For more on Salei and Vishnevski, see my offseason going away post or take the "Are you a Vishnevski or a Visnovsky?" quiz.)