You know, as much as I’m about to throw numbers around about this game, the more important issue is that Sleek's going to be at HC tonight to watch Episode II of this Pacific battle. I'll be in my YouTube seats even, right next to the Ducks penalty box. This was a bit of a surprise, as it was not in my original game set, but I guess Christmas started a bit early this year. 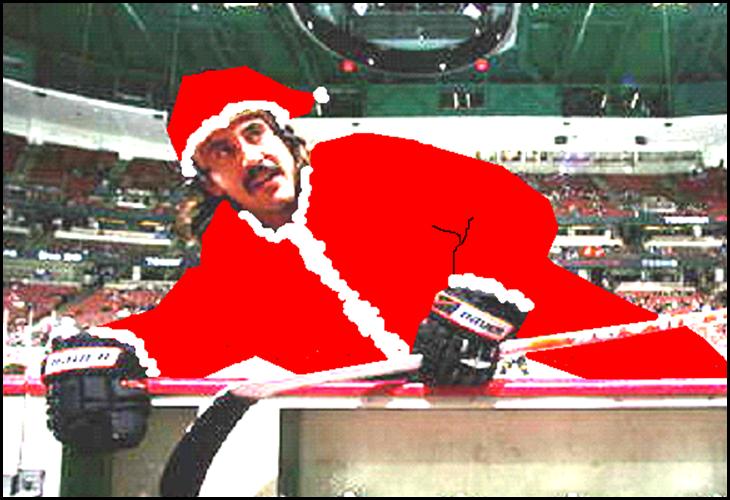 Only four teams in the league have more wins than the Stars, but two of the four are division rivals Anaheim and San Jose—the Stars currently sit 6 points back of the Sharks and 16 points back of the Ducks. But are the Stars just fooling us with their early-season record? I found this split to be interesting:

We’ll see how these top 3 Pacific teams really compare soon, as there are a lot of points yet to be disputed (6 remaining SJ-ANA games, 6 remaining SJ-DAL games, and 7 remaining ANA-DAL games).

Dallas did take the first game in Anaheim by (surprise, surprise) virtue of a shootout win, although the Ducks are still the only team in the league to have ever bested the 15-1 Stars in a shootout (how’s this for irony: the first two shooters were Rob Niedermayer and Jonathan Hedstrom, and we didn’t need a third shooter).

And for fun, here’s two bonus "Ducks Hype" notes from the 2003 playoff matchup (1st seeded DAL vs. 7th seeded ANA), back when Anaheim was constantly magical:

Clutch Ducks get it done late: In all six games of that 2nd-round series, the Stars were either tied or ahead with 90 seconds left in regulation. In all four Anaheim wins, the Ducks scored the game-winner on their final shot of the game!