Not to mention that Ilya Bryzgalov has been out for a while with his own groin pull, and Sean O’Donnell should be returning tomorrow from his own lacerated foot issue. 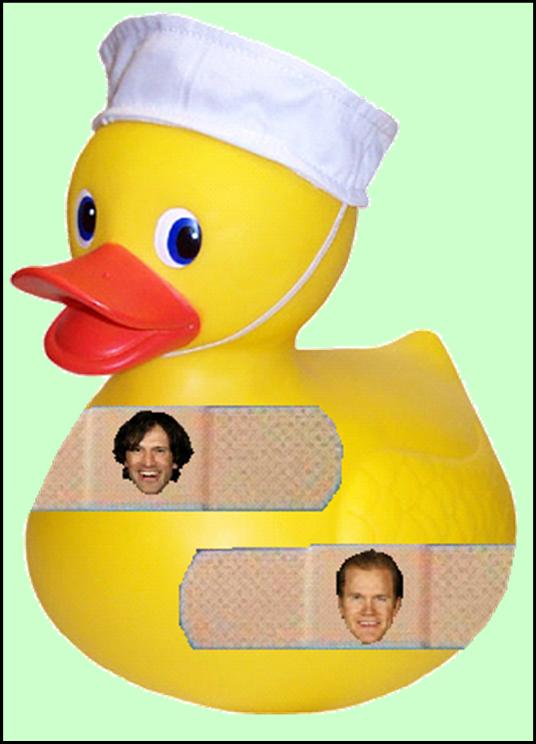 Replacing Marchant shouldn’t be an issue, as Travis Green has been sitting around in the pressbox most of this year waiting for such an opportunity, but plugging the blueline and netminding holes will be a lot more interesting.

In the nets, we should be seeing a lot more of Michael Wall, yet another undrafted fellow set to prove that even a poor netminder can win behind a Norris-laden blueline. He is 2-0 this season, but a lot of his success can be credited to the fact that the Ducks are limiting opponents to less than 19 shots-per-game in front of him. In the 84 minutes that Wall has played this season, Anaheim skaters have blocked 23 shots, which matches the number of saves that Wall himself has blocked. That’s the kind of defense that turns a CuJo-like .885 sv% into a Brodeur-like 2.15 GAA.

As for the blueline, losing Beauchemin will be a challenge also, as he sits third on the Ducks in overall icetime and first overall in even-strength icetime. I would guess this means that Shane O’Brien gets to try out for a more prominent role and AHL-callup Kent Huskins gets to eat up the leftover minutes.

[EDIT: I'm not sure how related this is, but the Ducks and Blackhawks made a minor-league deal today. To Chicago: F Pierre Parenteau and D Bruno St. Jacques. To Anaheim: G Sebastien Caron, F Matt Keith, and F Chris Durno.]

I wonder how much Dr. Duck is planning on increasing the Niedermayer and Pronger dosage?