Per a special request, here's some more nonsense from the garage wall. Part I, Part II. Warning: these are going to get awfully obscure at times. 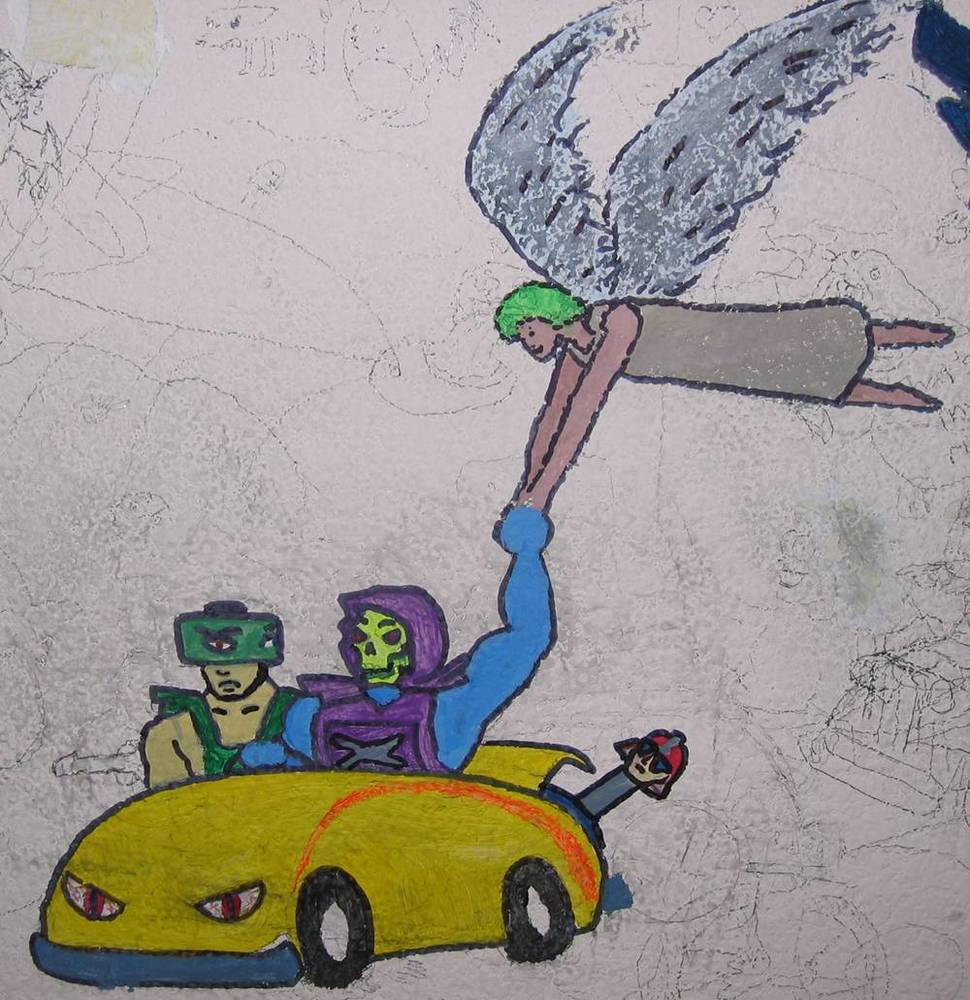 This is from Miyazaki's music video he did for Chage & Aska ("On Your Mark"). The singers have been replaced by He-Man villains. 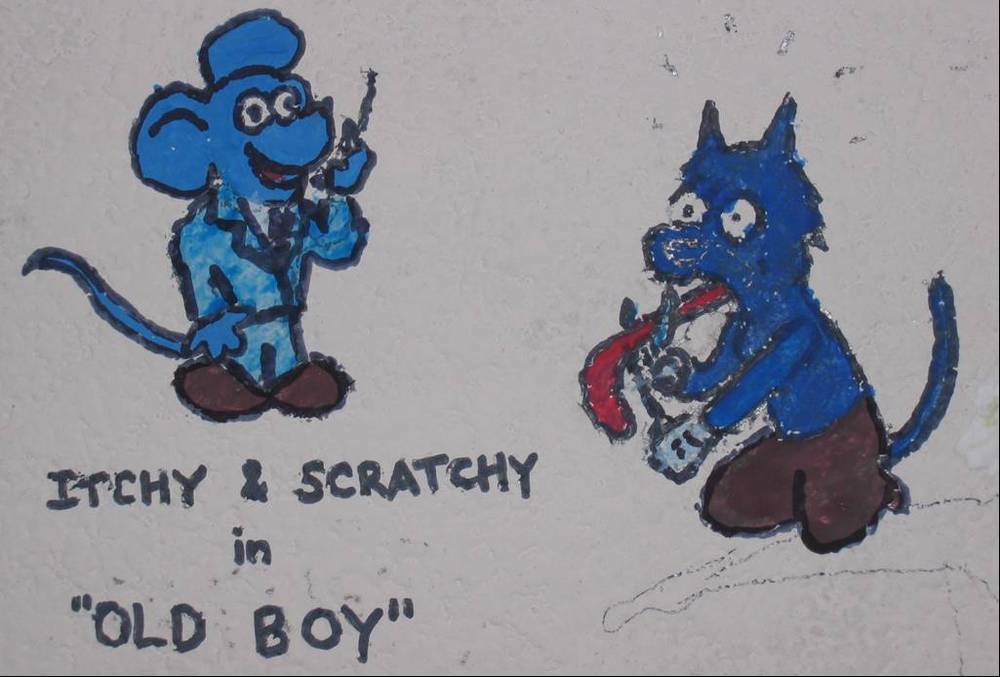 This is kind of sick, but as the title implies, "Old Boy" performed by Itchy & Scratchy. 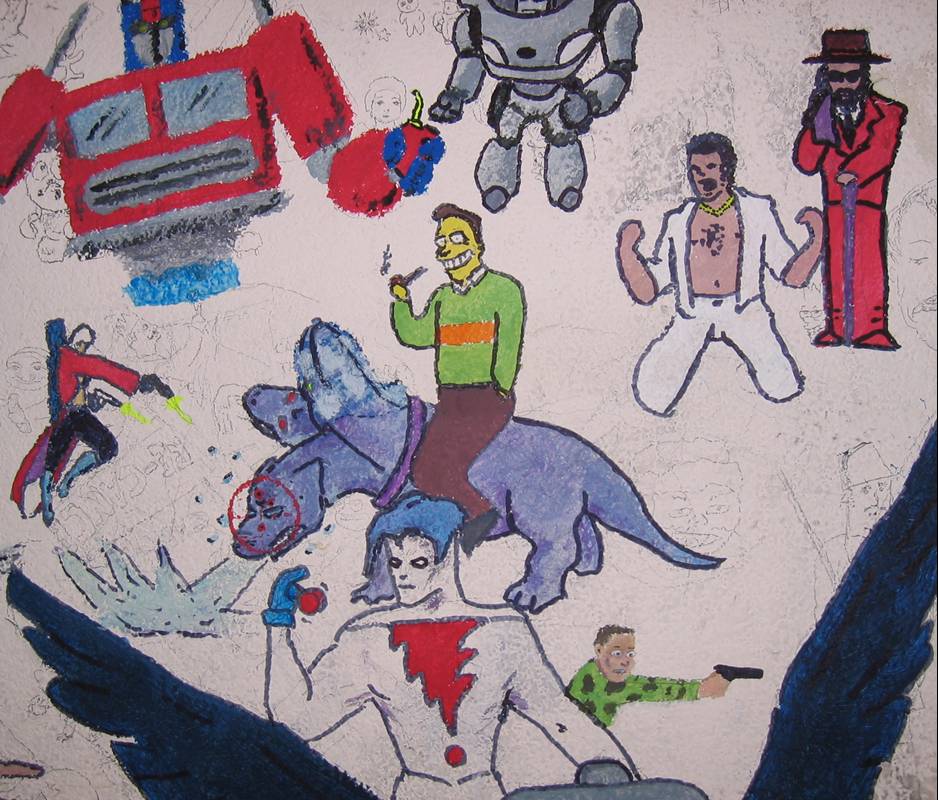 A lot here. Some of the Transformers, the two guys are a Mr. Show sketch (Three Times One Minus One), Troy McClure on top of a Cerberus (from DMC3), a soldier from JSA, Madman Comics, and the wings of Yubird. 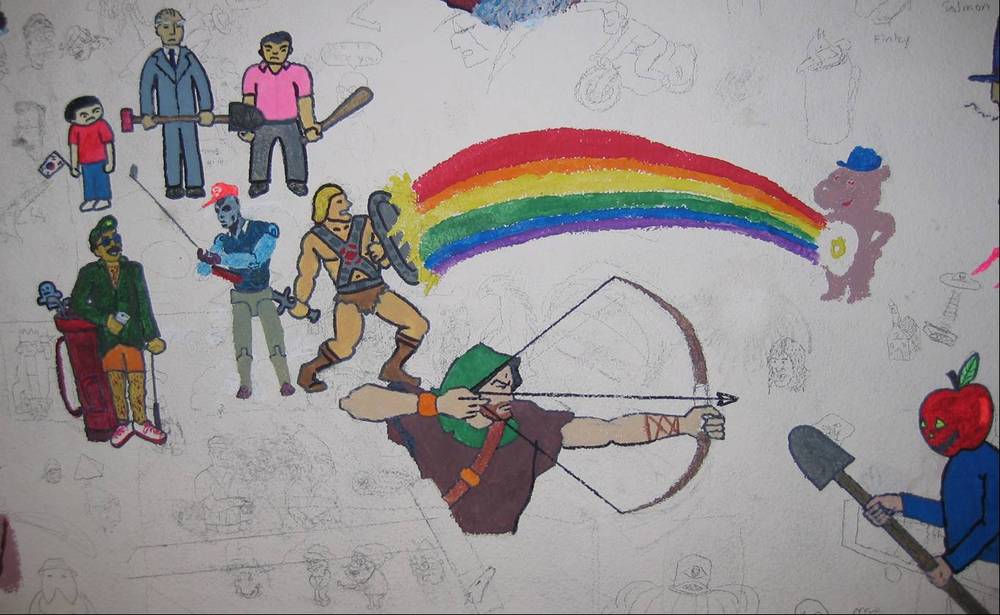 OK, my roommate did everything here but the Care Bear. I have no idea who those top three people are, but there's Saddam Hussein golfing with Destro, who has been impaled by He-Man's sword. The care bear (not quite finished) is fighting alongside Abe Lincoln, while an archer (a William Tell mixed with Robin Hood, perhaps) is fending off a zombie with an apple for a head. 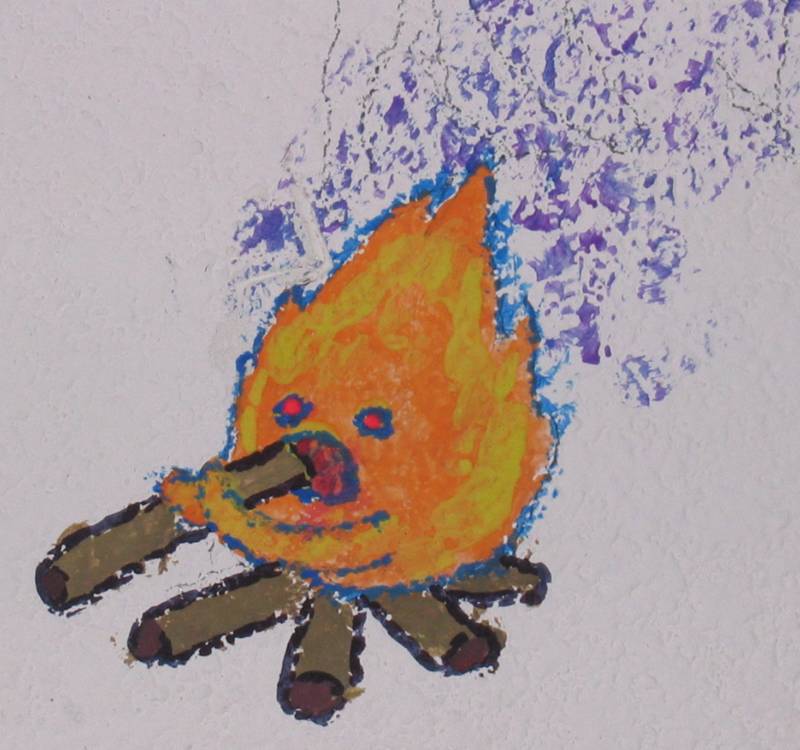 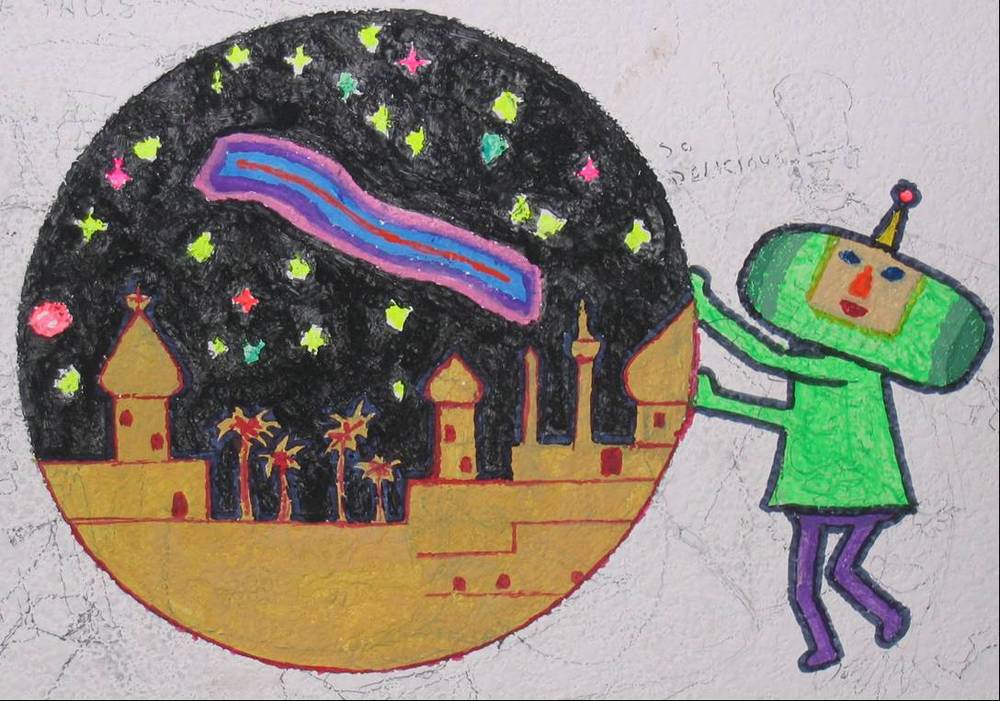 These last two photos are for Vinny, to better tell the tale of one of my birthday parties that starred a six-foot burrito: 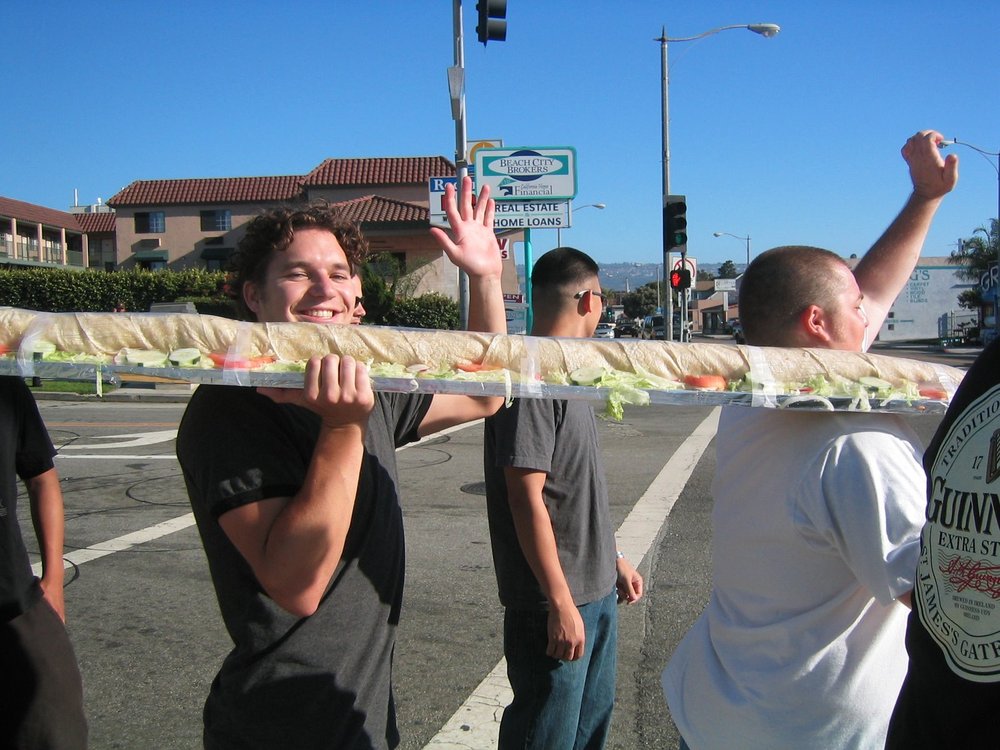 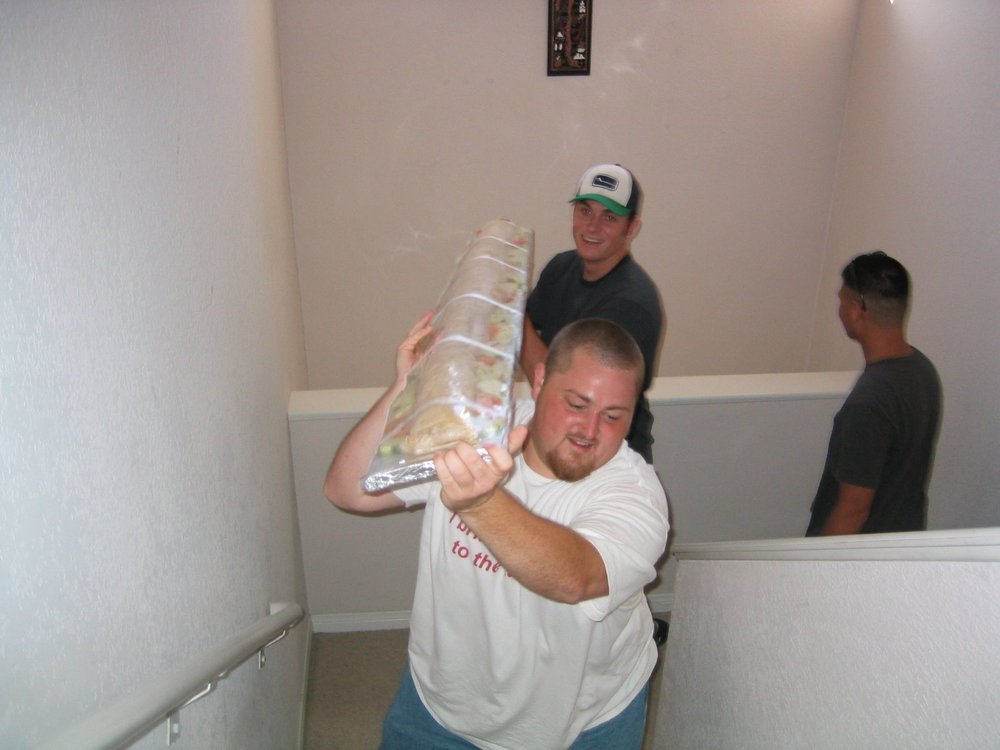 Wow. That brings back some foggy memories.