Drinky post—I’m confused; am I rooting for the best team in the league or the 2nd-worst?

Share All sharing options for: Drinky post—I’m confused; am I rooting for the best team in the league or the 2nd-worst? 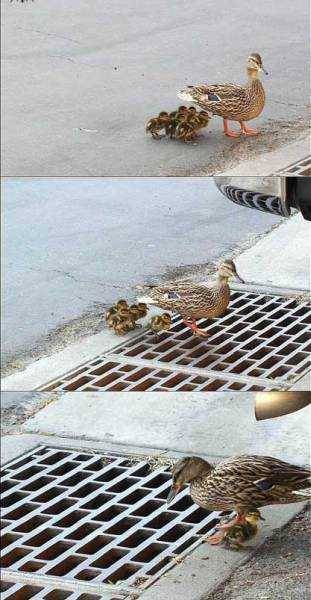 (Author’s note: Thanks, Philadelphia. You’ve pretty much got that "worst" spot locked up.)

(Author’s note: the pictorial tragedy to the left was the best graphical representation I could find of the Anaheim season of-late.)

(Author’s note: Warning—I am going to try to do this post without any numbers—sorry, JavaGeek and mudcrutch. Just me, this goddamn keaybord, and the reader.)

I’ve written at length now about the on-ice statistics as it relates to the Ducks (scroll down, I'm still on Blogger 1.0), and don’t get me wrong, there’s pretty powerful stuff to be learned in reading these numbers. But seldom have I taken pause and told the plight about the fragile emotional state of one (drunk) Sleek, and how the rollercoaster Ducks have affected his (drunk and online) soul.

Now if you were to classify me as a hockey fan, you might describe me as "stoic". If you were a bit more astute, you’d describe me as "drunk enough that he’s not fully aware of the game outcome, thus he appears to be very stoic." And while both are pretty valid, the truth is these Ducks have forced me into a certain state of detachment—for sure these Ducks were not as good as when they started (best team ever?); for sure they are not as bad as the team I’ve been watching since Christmas (worst team ever?). Yet somewhere in this vast in-between lies the truth.

There’s a secret part of me that’s not unhappy about the recent downfall—most notably the "blogger" in me. You see, when I set out on this cover-the-Ducks thing last spring, I had a sort of "underdog voice", something along the lines of "Hey, stop disrespecting the Ducks! We’re a legitimate team with legitimate fans too!" Something like the Acid Queen, I suppose, I 'll kick your ass for coming from a legitimate hockey market.

But it was also an awkward teenage moment for the (Mighty) Ducks; at one moment I am telling the world to "watch out for these upstart Mighty Ducks" (loosely interpreted from my first post), and next thing I know it, fuck! We’re cup favorites?! The disrespect was suddenly over?!

I didn’t really know how to write from that Red-Wing-ish, top-of-the-league perspective, where most every night you’re expected to win, and sure enough, you do. In fact, I’m still not sure what I should be posting when everything goes your way.

But when things go to shit, hey the "blogger voice" in me kicks in, and I can criticize anyone, from Teemu to Bettman to the cute couple sitting in front of me at the fucking game.

So yeah, this season has certainly been weird. The front-end went so well that I lost interest in any particular game (that I wasn’t at), and now the accumulated point cushion has allowed that I don’t care about any particular outcome, so long as I can point to injuries as a contributing factor to any loss. I’ve spent most of this season pretty indifferent to what happened on any given night.

Throughout the losing, though, I haven’t really lost any hope on this year’s Ducks, as injury timetables still show us being a complete kick-ass roster by the time playoffs roll around. But if there’s one benefit to all this losing (and there’s probably only just this one), I now have revitalized interest in how this season, game-by-game, turns out.

Like I said in an earlier post, we’re going to be neck-and-neck with the Sharks for the Pacific lead, and within reach of the Preds or Wings for a 4-team fight for the top spot. Should be a blast.

(this time in earnest) GO DUCKS!

(Author’s note: being pretty drunk, can I put in another plug for my brother’s frickin’ album? The more I listen to it the more I like it. Go ahead and buy one—none of the proceeds go to Pronger.)

(Author’s note: I'm off for a bit more misery-drinking. I’m just going to post this thing and see what sticks in the morning.)