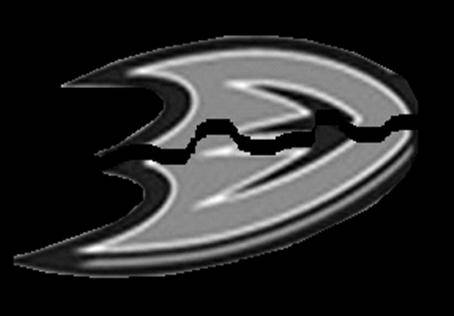 Why would I have exclusive X-ray photos anyway, seeing as the team doesn't even know that I exist? Still, the graphic begged to be made, ever since the team decided on a footprint for a logo.

But while I got you here, let's take a look at some Pronger numbers, as the Ducks try to learn a lesson that 29 other teams have already figured out: how to win without Chris Pronger.

Now, to be fair, Pronger got hurt two games after J.S. Giguere got hurt, and there is a very big split in how the team does with Giguere (24-5-5, 86.6% PK) and without him (4-4-1, 81.6% PK), and a lot of the team's current problems, I think, stem from the fact that both players are out. James Mirtle sent me an email a bit ago asking about the importance of J.S. Giguere that I fully intend on answering, but I'll save that for a future post.

So, with that in mind, let's take a look at the ever-apparent importance of Chris Pronger:

EVEN STRENGTH: Pronger has played 695 even-strength minutes this year, and during that time, the Ducks have scored 44 goals and allowed 23. That is, the team scores 3.80 GF/hr and allows 1.98 GA/hr.

POWER PLAY: Pronger has played 241 power-play minutes this year, where the Ducks scored 35 goals and allowed 0. That is a rate of 8.71 GF/hr.

In the 114 power-play minutes without Pronger, the Ducks have scored 14 goals and allowed 0. Again, a lesser scoring rate of 7.34 GF/hr. (This is still pretty effective, as I think Getzlaf is a fairly adequate fill-in on the point.)

PENALTY KILL: Pronger has played 161 shorthanded minutes; the Ducks have scored 1 goal and allowed 13. 0.37 GF/hr and 4.86 GA/hr. I don't have the precise numbers, but you should consider here also that Pronger does do most of our 2-man down killing, which makes it a bit tougher. 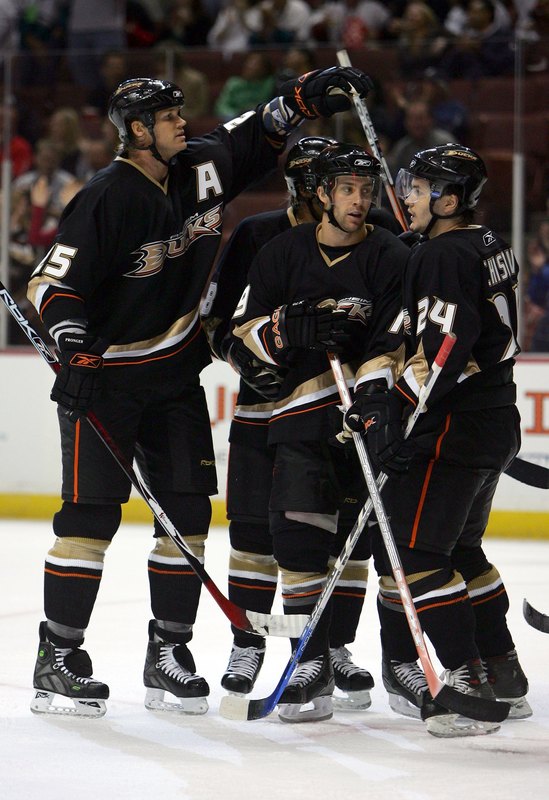 OK, some random stuff to top it all off. But, I still refuse to panic, as I do think a little Giguere is what this team needs, and reportedly it's not that far away. But yeah, get the fuck well, Pronger.