Share All sharing options for: Ducks Gameday—C’mon, Ducks, win me a t-shirt! 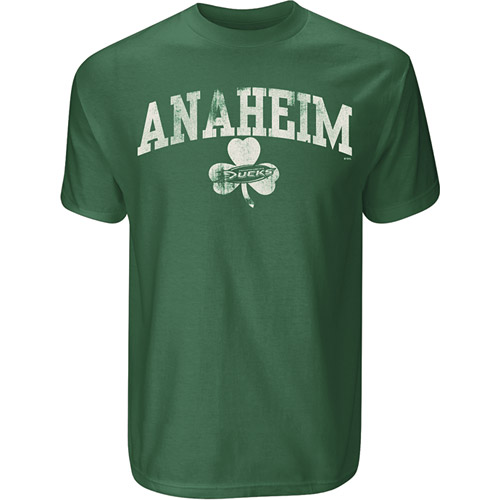 Now I’m a guy who’s mostly sworn off sports betting, especially since the sport I know most about seems the one that is most prone to bounces and breaks, but I did engage in one Ducks bet this past offseason that may come to fruition tonight.

The bet-rival: Temujin, of West Coast Chaos
The bet-subject: the 06/07 regular season matchup between the Canucks and Ducks
The stakes (as chronicled in the WFS reader bet thread): Temujin bets Earl Sleek that when the Canucks and Ducks play each other this season, the Nucks will come out with more points. The winner recieves a T Shirt of choice. Aug.29/06
The series thus far:

So it all looks pretty in the bag for me, eh? Two games remaining in Anaheim, and so long as the Ducks can avoid two regulation losses, I should be sporting some Anaheim green in time for St. Patty’s day.

Of course, I should mention how fortuitous timing seems to have been when it comes to this bet, both Vancouver games happening early in the season when the Ducks were killing everyone and the Canucks were still learning how to play in front of Roberto.

Since that 2nd matchup, however, the Canucks seem to be the team possessed:

And if that’s not enough, check out how well the Canucks have done on the road since Christmas: 9-1-1, outscoring opponents 39-19 and only allowing 2 power play goals in 67 chances (a whopping 97% PK rate!). Maybe there is hope for poor Temujin.

p.s. I haven’t spent any time yet gloating about it, but I am in two separate fantasy leagues with Temujin and the WFS crew. After drafting two Duck-heavy teams, I’ve spent roughly 99% of the season in first place in both leagues. You might think this makes me some sort of credible fantasy advisor, but really, my advice is not to stockpile players from your favorite team—I was drunk-drafting and I’m pretty surprised it worked out so well.