Share All sharing options for: Ducks Gameday—Two Degrees of Desperation 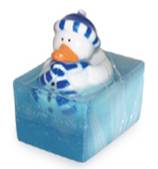 Well, the Ducks are off to Denver to play an Avalanche team that is threatening to miss the playoffs for the first time since the team relocated from Quebec more than a decade ago. The Avs currently sit 10 points out of 8th place with a game-in-hand, and also have to leapfrog the 9th-place Oilers on their way to securing a postseason seed.

The Avs are coming off an stretch of games where 8-of-11 were played in Denver, but they only managed 4 wins in those 11 games. Probably more indicative of their recent play is the fact that they have allowed 3 goals or more in 10 of those 11 games.

Bottom line: The Avalanche need wins now, no questions asked. Their schedule doesn’t promise to get much easier, though, as 21 of their final 27 games are against teams ahead of them in the standings.

The Ducks, to contrast, sit in a much more comfortable spot in the west (14 points above 9th place), although their top spot in the Pacific (which they’ve held since Oct. 27th) appears to be in some jeopardy, as they have only a 3-point lead on the Sharks (who have a game-in-hand) and a 4-point lead on the Stars (no games-in-hand).

For perspective: back on December 20th, this used to be a 12-point lead on SJ and an 18-point lead on DAL, but the Ducks have only gone 6-11-2 over their past 19, and probably would already be caught in the Pacific standings if it weren’t for the fact that 4 of those 6 wins came against the Sharks and Stars in regulation. Still, the Ducks are coming off consecutive regulation losses (against these two Pacific rivals, no less), which is actually the first time this L-L phenomenon has ever happened to a roster featuring both Chris Pronger and Scott Niedermayer.

Bottom line: The Ducks are healthy again, but will need some actual point-producing results if they plan on staying ahead of the surging Sharks and Nagy-fied Stars. As the post title notes, Anaheim is not under the same must-win situation as the Avs, but there is some win-now pressure on this Duck team, as well.

The game tonight will be nationally carried on Versus, and oh yeah, the season series thus far has featured two shootouts, both won by the Avs.