Well, two of the four clubs that have managed 100 points so far on the season go head-to-head tonight, as the Red Wings host the Ducks on Versus for the only game of the night. And coming off a drinky weekend in New York City (my brother’s bachelor party), I’ve barely got time to put anything together for this game at all; apologies in advance for the weak analysis.

One of the intriguing aspects of DET/ANA match-ups is the showcase all three Norris Trophy winners since the year 2000 (Pronger x1, Niedermayer x1, and Lidstrom x4), and there’s good reason to think these three may even find themselves as this year’s candidates, as well. 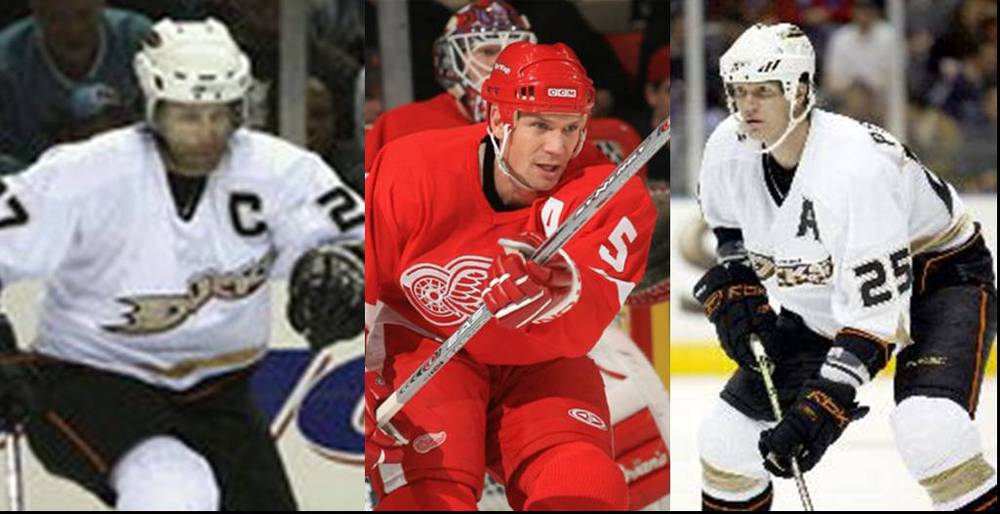 A quick glance at some metrics (league rank among defensemen in parentheses):

Those last two are a little difficult to explain, but suffice to say that these three are playing pretty significant opponents (especially Lidstrom) while playing with less-productive icemates (especially Niedermayer). And as for Pronger, who surprisingly returned to game action Friday against the Stars? He's got a key metric going for him as well:

That’s all my sluggish head has got today. Feel free to offer your predicted Norris finish in the comments (my money’s on Lidstrom, by the way).

Prediction: Ducks 3, Red Wings 2 (OT). I forgot to mention, both these two teams have the fewest regulation losses in the league (19), so why would either add to that total today? Goals by Pronger, Niedermayer, and Pahlsson can bounce the OT-winner in off of Lidstrom’s stick.