Ducks Gameday—the only western team yet to lose to Anaheim

Share All sharing options for: Ducks Gameday—the only western team yet to lose to Anaheim

Did you know that the Blue Jackets are now above the Oilers in the standings? I wonder how much that is being celebrated in Columbus or mourned in Edmonton. "Yay, we got past the quittingest team in the history of sports."

And while we’re tackling one’s place in the world of sport, check out this ESPN fan satisfaction "study", that shows that the Ducks are the 6th-best franchise in all North American sport. Now most Duck bloggers might point at the Sharks at 22 and the Kings at 103 (out of 122) and gloat, but I’ll just take the higher ground and say "whatever". Yes, the team and ownership get high marks, and it is cool that a doofus like me can get access to Row B seats (try that in Toronto!), but really, the Ducks are not among the top 6 franchises in hockey, let alone all of sport. Still, take whatever ESPN-love that you can get, I suppose.

As an opponent, Columbus is really starting to piss me off. Since the lockout, they are 4-2 against the Ducks (2 wins by shootout), and every game has been decided by a goal or less. And as the post title notes, they remain the only western team this year that has yet to lose to Anaheim. I don’t know if that BJ frustration is what inspired me to make such a weird cartoon, but here it is anyway. 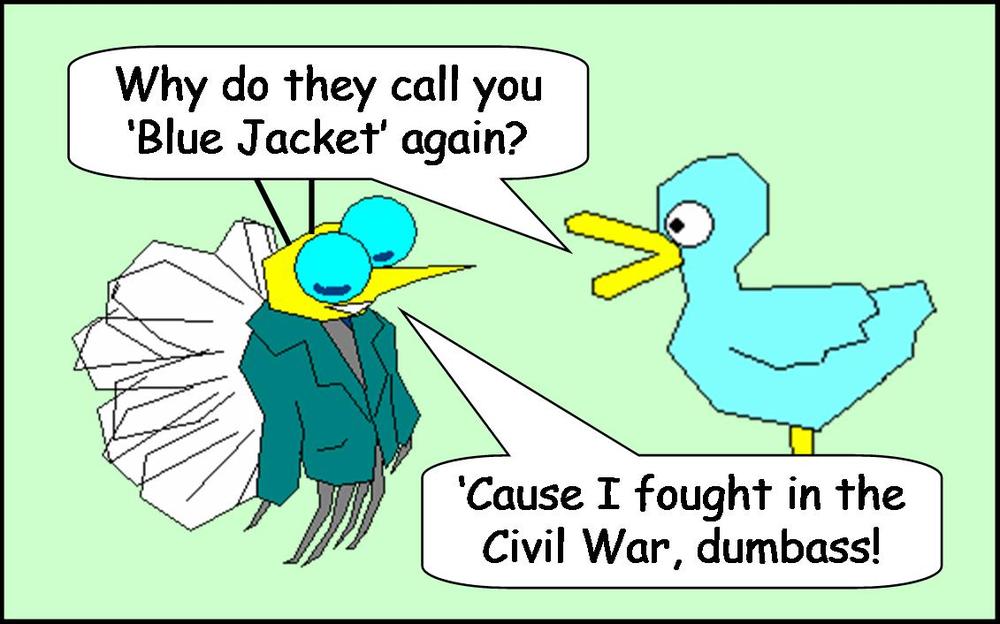