I challenge you...to a Digi-Duel!

Share All sharing options for: I challenge you...to a Digi-Duel! 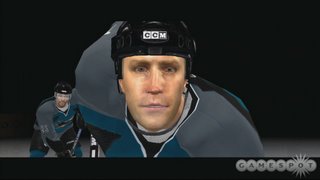 My friend's roommate recently bought an X-Box 360 and that meant only one thing: the suped up version of NHL 2K7. After a while, we were able to play X-Box live in the living room, often to the angry complaints of said roommate.

While the game plays somewhat similarly to the PS2 version, it's a pretty amazing leap graphically and in the overall feel of the game. And let me tell you something: Joe Thornton has to be inducted into the Video Game Hockey Player Hall of Fame for his work in this game. 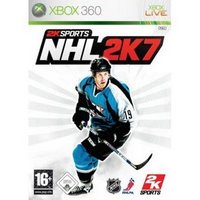 He's almost impossible to knock off the puck, skates well, passes beautifully and shoots way too well considering Jumbo Joe's tendency to dish the puck. He is truly unbelievable in this game.

Anyway, the reason I bring this up is because my friend an I are always looking for a challenge in the 1-3 times per week we go online. Now, I have to say, we're used to screaming at each other and going one-on-one. So much like a Canadian Olympic team, we need to "jell" a bit.

All excuses aside, we're still pretty much ridiculous and will make you want to quit the game midway through the 2nd period. If you'd like a digi-beating, then challenge Darth Stimulus. Don't be deceived by our 13-10 record. We're a force to be reckoned with. I'd especially like to take on Sleek, Chen or P.J. but anyone will do.

[By the way, neither of us made up that avatar. In fact, most of my comments regarding Star Wars villains elaborate on how totally whipped Darth Vader was in the third Star Wars prequel]

P.S. Blame my friend for us not using the Kings :-)