Share All sharing options for: Kings/Ducks Gameday Megapost: Why I'm a Kings Fan 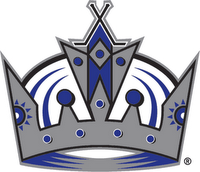 5:00 PM, FSN Prime Ticket (and TSN for our Canadian friends)


When the esteemed Mr. Sleek asked me (read: threatened me) to write a column about why I’m a Kings fan and not a Ducks fan, I had trouble coming up with one reason; so many came flooding into my head that I needed to lie down for a while. It’s hard to write out what is so completely obvious to you that it need not be put into words; it’s like asking me why ice cream is delicious. After a lot of thought, though, I managed to narrow it down to a few main reasons. Here goes:
One, the Kings franchise has been around for longer than the Ducks. When the Mighty Ducks were just a twinkle in the eye of some retarded Disney executive, the Kings were rockin’ it with the Triple Crown Line, Rogie Vachon, and… uh… the point is the Kings have some sort of tradition, which is more than the Ducks can say. In almost all sports, I root for the established team (Dodgers over Angels, Lakers over Clippers, Galaxy over Chivas ). I’m not sure why; I think it’s because I admire the history over the gloss of a lot of the newer teams. (Rally Monkey, anyone?)

Two, the Kings have a lot more passion among their fans, in my opinion. I’ve been to Ducks games, and there are a lot of kids running around and people don’t seem that upset when the Ducks get scored on. In contrast, I’ve never been to a Kings game where I didn’t hear the word "fuck" more than "shoot." (To be fair, though, most of those are me.) I have also never been able to get to my car without seeing at least one opposing fan being heckled by some Kings fans. At Ducks games, you might get chided if you wear opposing colors; at Kings games, you might die. I call it passion, but others might call it a bunch of drunken thugs out of control. Either way, it’s pretty awesome.

Three, the Kings announcers are far and above the Ducks guys. Bob Miller is a god, and my respect for him knows no bounds. Jimmy Fox… let me tell you a story about Jimmy. After a game earlier this year, I was walking to my car when all of a sudden I saw a flash out of the corner of my eye. The flash was Jimmy Fox, running full speed along Figueroa with a briefcase in hand. I have no idea why. Some people might not think Jimmy Fox is a good color commentator, and they may be right, but I’ll be damned if he doesn’t make me laugh at least once a game. The Ducks guys, on the other hand, suck. The play-by-play guy (I don’t really care what his name is) is alright, but he talks too much during the game about random crap. And I HATE Brian Hayward. He talks up the Ducks way too much and in the past two seasons he’s become insufferable. I can’t wait until tonight to hear about how many "marginal" calls went against the Ducks and how great the Kings goalie is playing (thereby implying that the Ducks are outplaying the other team, but they’ve been lucky so far). If Brian Hayward were to die in a fiery plane crash, the only sorrow I’d feel would be that I wasn’t there to piss on the wreckage. 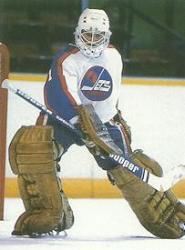 Four, I think Dustin Brown broke some of Rotislav’s Klesla’s ribs and then beat up Alexander Svitov when he tried to defend his teammate last night. Dustin Brown rules.

Five, the Kings have had cooler captains since the Ducks came into the league. For the Kings: Wayne Gretzky, Luc Robitaille (for part of 1992-93 and for one game in 2006), Rob Blake, and Mattias Norstrom. For the Ducks: Troy Loney, Randy Ladouceur, Paul Kariya, Teemu Selanne (interim), Steve Rucchin, and Scott Neidermayer. Any questions? I mean, besides who the hell is Randy Ladouceur.

Six, the Kings have a better goal song. The Kings play "I Love L.A.," by Randy Newman, while the Ducks play "Bro Hymn," by Pennywise… wait, fuck, that song is awesome. I hate watching a Ducks game and being disgusted that they scored while simultaneously rocking out. I have to give it to the Ducks, they have the Kings beat in this department.

Seven, the Kings had a cooler goaltender at the time. I fancy myself a goaltender, so that was a big part of why I loved the Kings. On the Kings, there was Kelly Hrudey. On the Ducks, there was Guy Hebert. (Pronounced "I’m a douche bag.") Kelly Hrudey looked like a pirate and was one of the last goaltender who utilized the two-pad stack constantly. He also had one of the coolest helmets ever in the NHL (seen below). Guy Hebert was born in the but took the French pronunciation of his name because it sounded better. I rest my case. 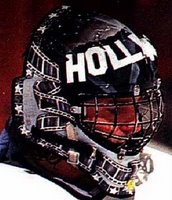 That’s not everything, but I’m sure you’re tired of reading so I’ll stop there. Feel free to say why you like one team over the other in the comments. The Kings are probably in trouble tonight because the Ducks are much, much better than them; at the same time, every game so far this season has been decided by one goal, so you never know. It doesn’t really matter because records can’t conclusively decide which franchise is better. (I swear I’m not just saying that because the Kings are terrible.) The rivalry goes far too deep. I like that the rivalry hasn’t gotten to the point where communication between the two sides is impossible, though. I mean, what’s the fun in having a rival if you can’t make fun of them to their faces?

Prediction: I’m going to tell Brian Hayward to shut up, then feel stupid when my cat looks at me quizzically.

P.S. I think the whole "Tinkerbelle tapping a guy when he scores" fiasco (in the Ducks’ first year) embarrassed all hockey fans, so it was unfair to include that. But seriously, who the hell thought that was a good idea.