Looking ahead: A Duck fan’s perspective on potential playoff opponents

Share All sharing options for: Looking ahead: A Duck fan’s perspective on potential playoff opponents

Sorry, Kings fans, but some of us bloggers have some bigger topics to cover than regular season futility and your awesome plans for the entry draft—this interlude is known as "postseason", or as you may know it, "golf season". Right now, it is fairly well set which eight western teams will be in the playoffs; what is still being determined are the match-ups. 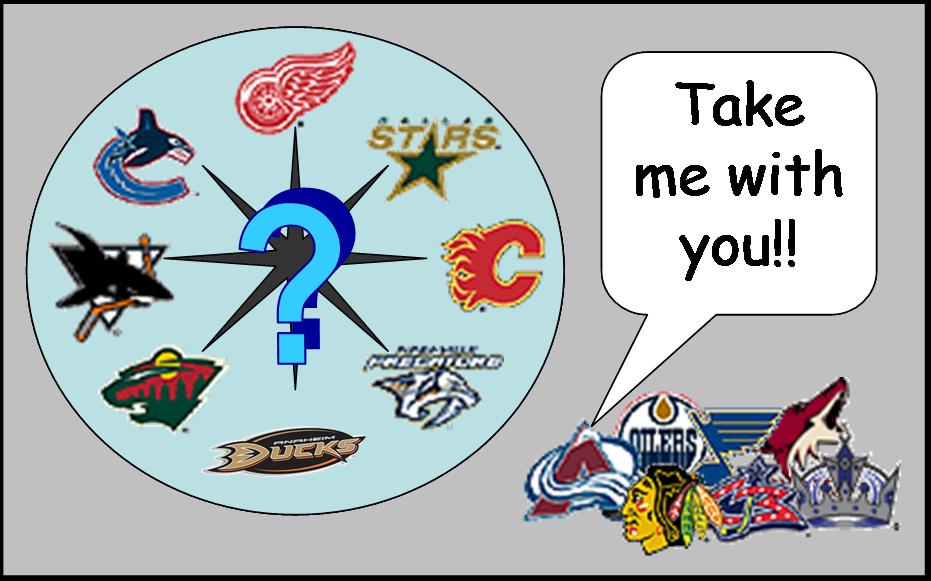 The western playoff wheel—spin it and see who you might play!

Now I am really hoping Anaheim holds the top spot in the Pacific and the likely 2nd seed that comes with it—but even if that doesn’t hold, I’m a bit perplexed as to how to think about possible playoff opponents. It feels weird, but I don’t have an opponent I’d especially prefer the Ducks to play. Just like last year, there appear to be no cakewalk teams out west; all teams are capable of seizing a series (or seizing up in a series, for that matter).

So, while we’re in that season of waiting things out, here’s a quick listing of possible opponents for the Ducks (season series in parentheses), including:
Really, just putting some preliminary thoughts about these opponents, no matter which round we might face them.

One thing to note: more than half these teams (and even Colorado, should they manage a Rocky Mountain miracle) lost their last postseason game against the (Mighty) Ducks. There may be a lot of vendetta ahead, Duck fans.

Question for anybody: who in the west (including Anaheim) would you want as a preferable opponent? And which team is it that scares the shit out of you?