Well, I was so inspired by BoA-Matt’s 60-minute and opponent-result tables that I decided to make a neat table of my own. 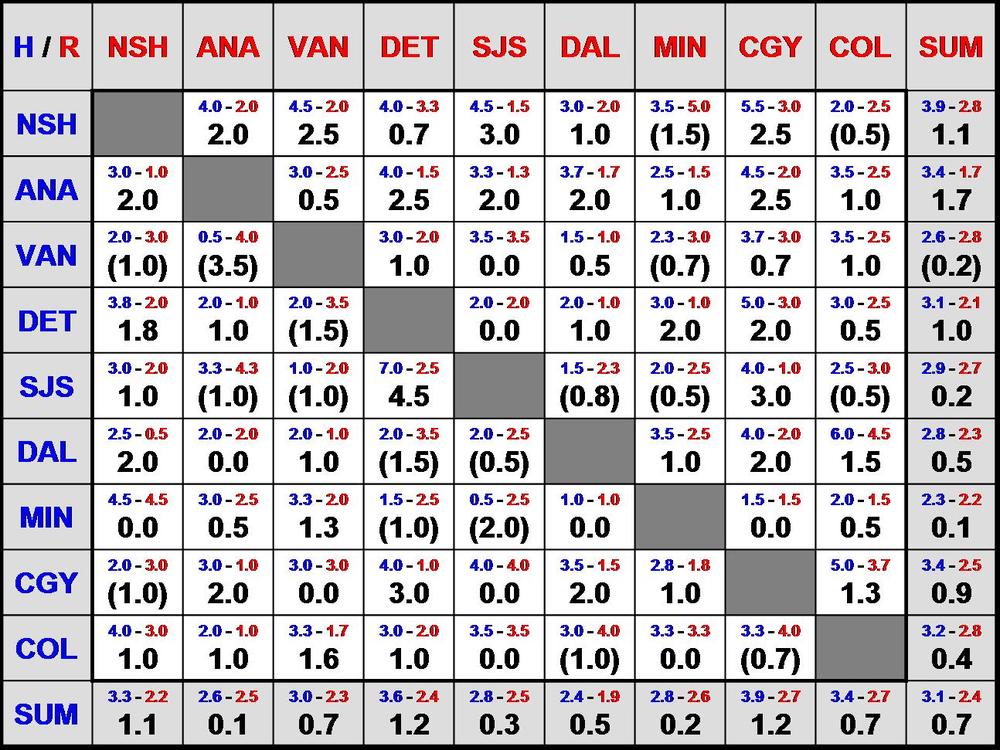 What is this table good for? Well, looking at potential playoff opponents, I suppose. Who this season has your team matched up well against? Who this season gives them fits? Also it ignores results against the less-relevant eastern conference or non-playoff teams, so as to make results a little more applicable to the upcoming playoffs and the qualifying opposition (how does your team perform against the relevant playoff teams around it?).

This is not perfect by any means (there aren’t that many games that make up each cell, and ultimately one of these teams won't even qualify), but it does give a flavor of what we might see in the western conference from different home and road teams this spring. Then again, it might all turn to rubbish, but still, I made it anyway.

HOME TRENDS:
ROAD TRENDS: Sorry if this bores or confuses any of you. If you have any questions or comments, let me know. If this sort of stuff gives you headaches, I’ll make you a cartoon instead next time.