BoC Gameday—Ducks vs. Sharks or Sleek vs. Swenson?

Share All sharing options for: BoC Gameday—Ducks vs. Sharks or Sleek vs. Swenson?

Well, I'm not going to waste a lot of ink on this pre-game post, since today is both the last regular season meeting between the Sharks and Ducks, and the first meeting ever between PJ Swenson and Earl Sleek. We'll be chillin' in the awesome Row B seats, taunting whichever Duck decides to take their turn in the penalty box, and hopefully will have some cool postgame material to share (though I should warn you: depending on our consumption, postgame posts may appear days later).

The Ducks will clinch the Pacific today if both the Sharks and Stars lose (even in OT). Failing that, the Ducks can still own their destiny by gaining at least three points before the season is out, or at least some combination where points-earned by the Ducks and points-lost by the Sharks/Stars adds up to three. 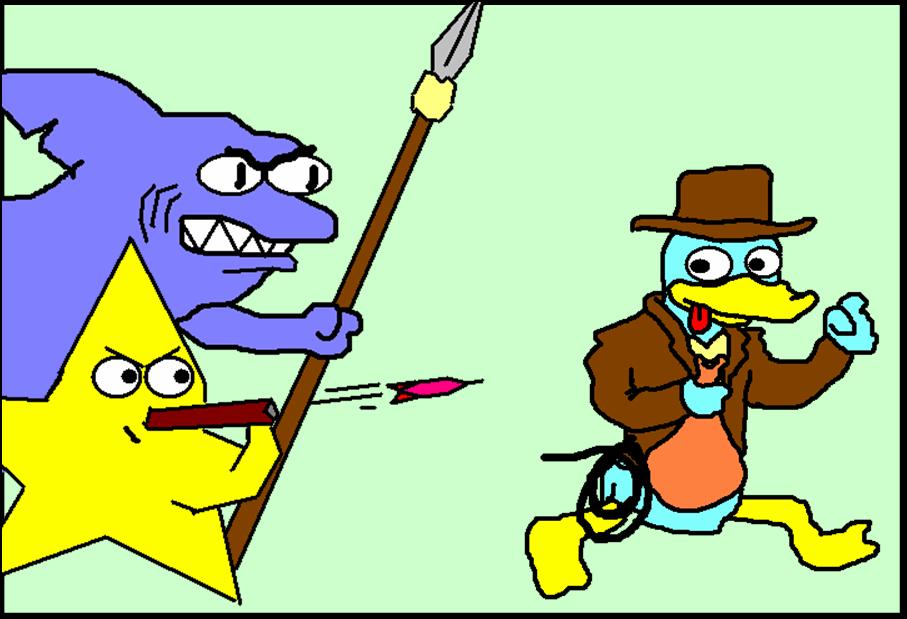