Sorry, I thought when I started this 'separated at birth' theme with the Wild’s logo, it could be a regular feature. But when a logo is so obviously an killer whale, I can only do so much. If you want, you can vote in the comments, or offer a better alternative. 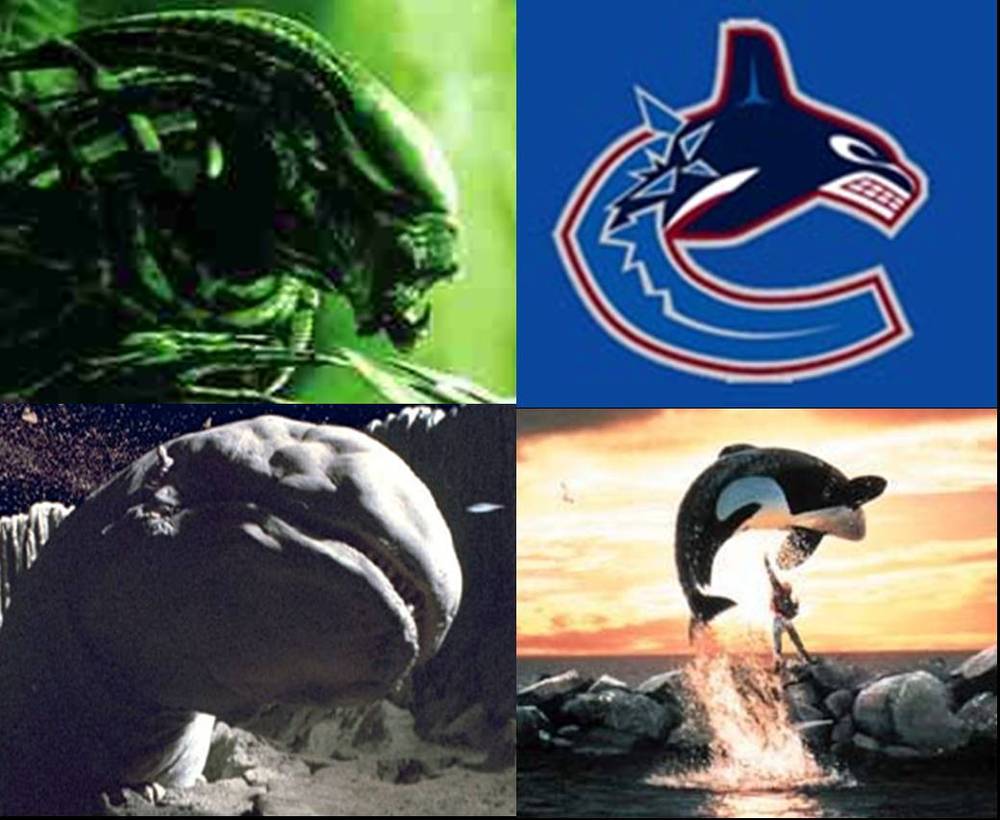 The Yankee Canuck posted a nice Hannibal Smith reference for his G2 post, but I refuse to be out-A-Teamed in this seven game series, so:

"I pity the fool who, uh, quack quack jibber jabber!"

The Canucks wanted a better result in G2, and even though it took a game-and-a-half, they got it. Time for the Ducks to respond. Vancouver will certainly be a different playing environment than the kick-back Honda Center, but this is essentially the same Ducks team that earned road splits or better in Calgary, Colorado, Edmonton, and Minnesota. They have dealt with hostile road crowds before; let's hope it can happen again.