Share All sharing options for: Ducks Gameday—Welcome to SoCal, Roberto!

Ever have the same thought twice in one day? 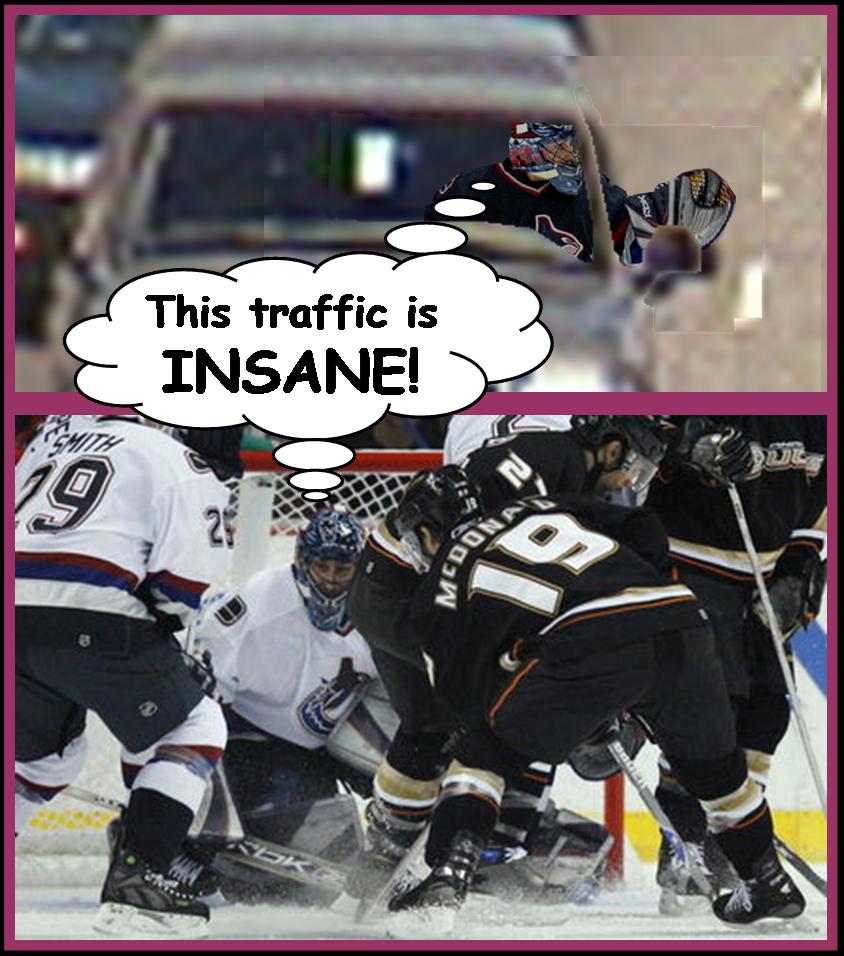 Some messageboard fodder for Duck fans:

Since joining the Canucks, Roberto Luongo has gone head-to-head against J.S. Giguere five times (including pre-season).

UPDATE: Is picking Sammy to score every game putting too much pressure on him? Pahlsson in a feature article in the L.A. Daily News:

"I'd like to score in every game, but we have to take care of our defensive responsibilities first."