I've put some candidates together, but I can't quite decide. Which handsome fellow (or logo) below represents the Wild’s long lost twin? 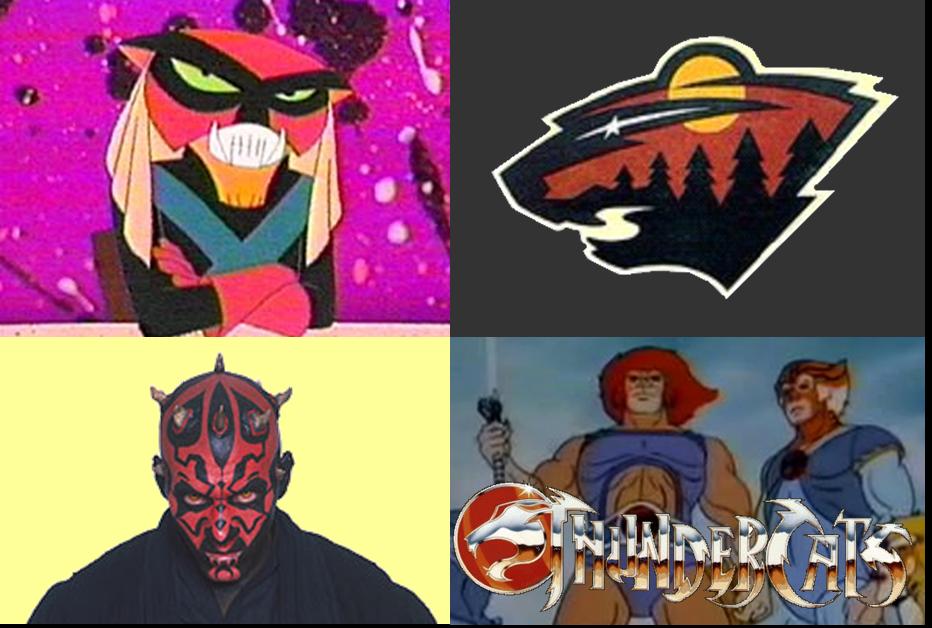 Cast your vote in the comments!

Anyway, tonight will be the only game of the series I'll be attending; section 201, Row N. New seats to me, but as I understand it I’ll be directly behind the net that Giguere defends in the 1st and 3rd periods (possibly the 2nd OT as well).

There's really not much to preview; these teams played four games this season, none of which occurred in this calendar year and almost entirely played without Marian Gaborik or Niklas Backstrom, so in a lot of ways we’ll be seeing this Wild team for the first time.

As such, my keys to the game are fairly straightforward: J.S. Giguere has to be great, Sammy Pahlsson has to be awesome, and the less I notice Dipenta and Huskins, the better.

Jim Kelley on why Sammy deserves the Selke Trophy:

There are a lot of candidates, many of whom go unnoticed or don't get the hype from PR machines and writers who think that it's for a good all-around guy who didn't win one of the other majors, but we here at Sportsnet.ca keep an eye on guys who play great D at the forward ranks, win faceoffs on a regular basis and do the things for which this award was created and that's Pahlsson who is a shut-down kind of guy and one of the best faceoff men in the game.