Ducks/Wild: I need a break

Share All sharing options for: Ducks/Wild: I need a break

On a personal note, this series started to get pretty inconvenient for me somewhere early in the third period last night. Or to say it more accurately, somehow this series was on its path of ultimate alignment with my coming schedule, but the improbable synchronicity could not be sustained. 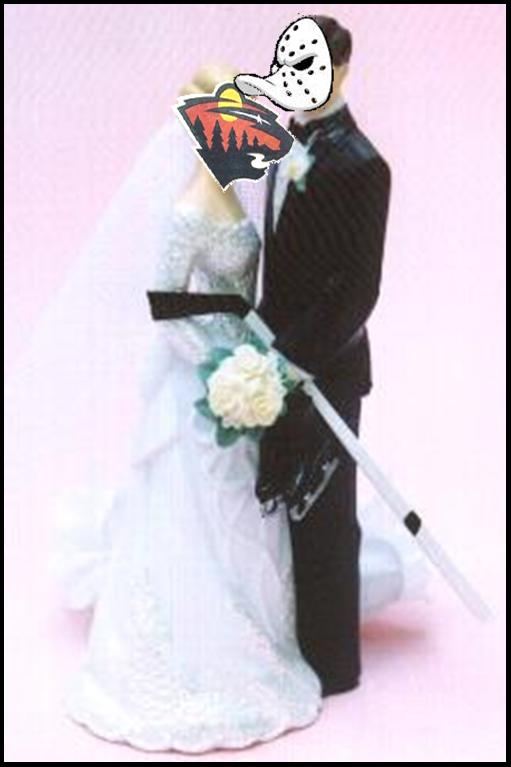 You see, my brother is getting married in SoCal this weekend, and I am the best man. Thursday (G5) I will be tied up in the wedding rehearsal, and Saturday (G6, if necessary), I will be locked in to the actual wedding itself. I have made a best-man-vow to my brother (who is by no means a Ducks fan or even a hockey fan) that I will not be obsessive about the Ducks during this stretch, and now that Anaheim will not be facing elimination, I intend on keeping that promise. As I told my brother, "Hey, at least you didn’t pick a wedding date during the cup finals."

Therefore this will be my last post until next week; my next post will either be a G7 game-day-post or if the Ducks win one of the next two games, a preview for round 2. A few bullets to leave you with, though:

So, enjoy the next game or two without me, and have an extra "toast the couple" drink on Saturday; I’m sure there will be more Sharks and Stars content here to keep you amused, and I’ll stop by occasionally in the comments section. For now, the next thing I’ve got to write is my long-put-off best man speech.