Because it bears repeating

Share All sharing options for: Because it bears repeating

Stealing from the vault, here's the man-love poem I concocted back in November. See if you can spot the Mr. T reference hidden in line two:

P uck-pressuring forecheck gives Ducks a lift,
A gain and again, I say, "Jeez, whatta shift!"
H e’s killing this year, with Moen and R. Nieds,
L ike he did playing with the gold-winning Swedes.
S elke may have been a good checking forward,
S crew him, though! It should be the Pahlsson Award!
O h Sammy, if you’re reading, one thing I must say,
N ever ever leave Anaheim. This God I pray. 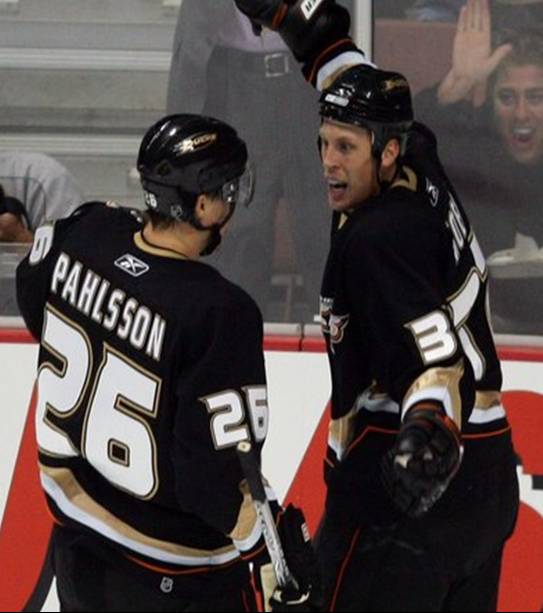 Apparently I was somewhat of a poet back then, but words fail me now. Great work, Sammy.

LATE NIGHT ADDENDUM: Here's how dominant the Pahlsson-Moen-Niedermayer unit has been this postseason. In the search for some 5-on-5 offense: Pahlsson is god.