So, I've been running this feature for all opponents these playoffs, and it seems to be working well enough to continue once more. Just like the Minnesota Wild, the Vancouver Canucks, and the Detroit Red Wings before them, I've found three candidates to be 'separated at birth' with the Senator logo. Vote for the best match in the comments, or offer your own suggestions, if you wish. 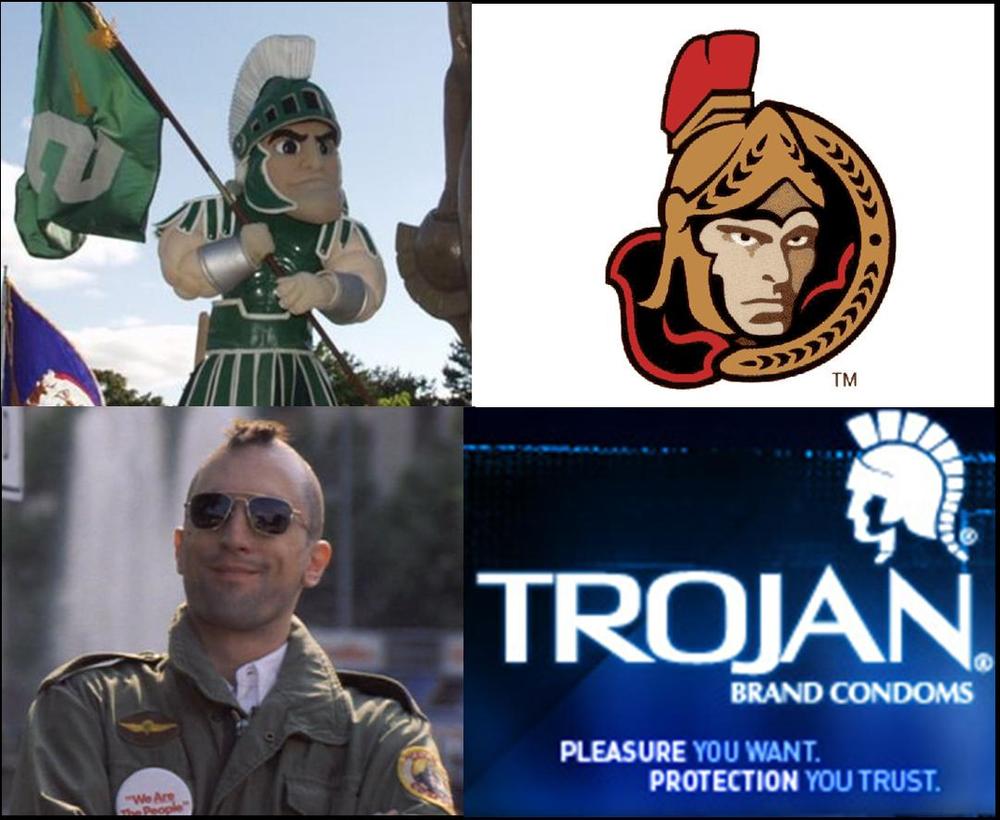 As for the game, well, I don't know what to say any more. There's enough professional sportswriters covering this series now that I don't have very much original to add at this point.

Really, the only key is winning early. Ottawa's never trailed yet in a series, and in these playoffs the first team to face elimination in each series has lost each series. Taking advantage of early home ice will be key--whether the wins come pretty or ugly, the main thing is they really gotta come early.

At any rate, I'll be at this game, not visible to the TV cameras, but in Section 201, Row N, green t-shirt. Feel free to stop by, buy me a beer, or just congratulate me for not selling my tickets for something in the four-digit range.

p.s. I know a lot has been made about this being another case of a U.S.-team vs. Canadian-team SCF, but in the last 13 months or so Anaheim has now played playoff series against four different Canadian franchises--is that some sort of record?