Pattern Recognition: Emery for the Smythe?

Share All sharing options for: Pattern Recognition: Emery for the Smythe?

Man, the Ducks have had it too easy when it comes to goaltenders faced these playoffs: 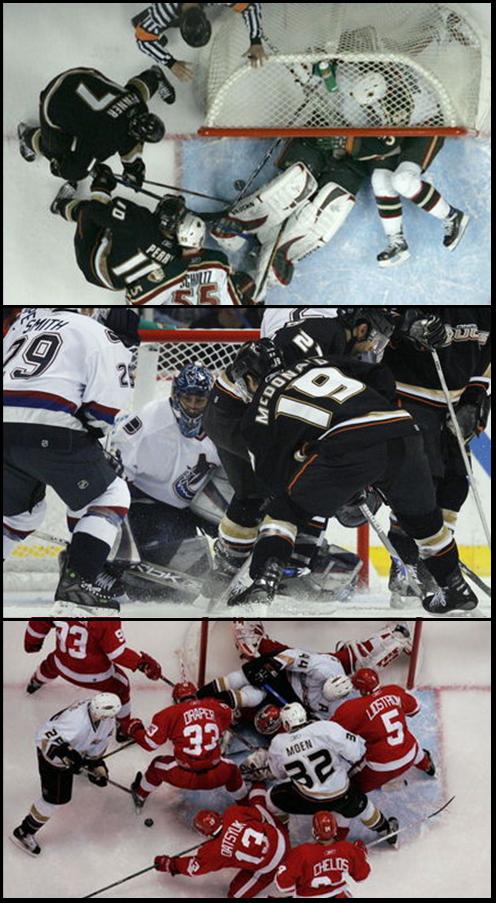 First there was Niklas Backstrom on the Wild, who led the league in goals-against-average and earned the William Jennings Trophy for fewest team goals-allowed in the season. Backstrom hadn’t allowed two goals in a game in over a month leading into the playoffs. What a piece of cake!

Then there was Roberto Luongo on the Canucks, 3rd in the league in shots faced and 4th in save percentage, not to mention his role in Vancouver's top-rated penalty kill. Luongo’s play made him a nominee for the Vezina Trophy, the Pearson Trophy, and the Hart Trophy, the ultimate trifecta for a goaltender. Talk about easy!

In the conference finals the Ducks faced Dominik Hasek on the Red Wings, the only goaltender who’s ever actually won the ultimate trophy trifecta. Behind the Wings blueline, Hasek had the 2nd best goals-against-average in the league, trailing only Backstrom. Plus he had never lost a series for Detroit in his career. Not a problem!

Sure, these goalies had a lot of pedigree and were certainly difficult to score on, but they were not nearly as intriguing as Ottawa netminder Ray Emery. Ray may not be up for any major awards or have a storied playoff history behind him, but he does have something that puts him head-and-shoulders above the rest—the Gerber Factor. JP at the FanHouse may have stolen some of my thunder, but let’s take a look at the stunning playoff history of former Duck Martin Gerber, all three times his team has qualified for the postseason. 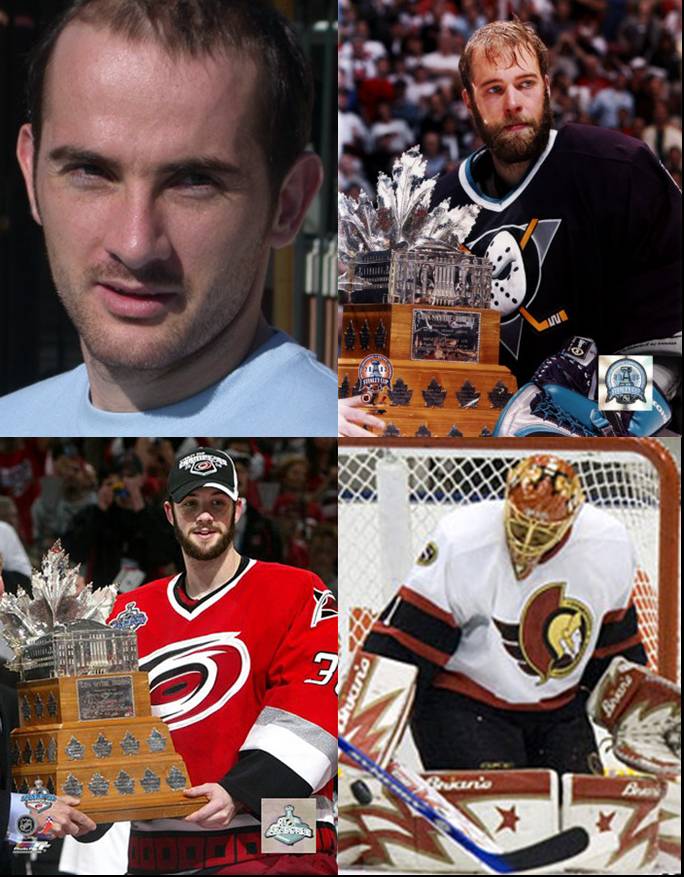 2003: Gerber backs up J.S. Giguere as the Ducks win the Western Conference Final and advance to the Cup Finals before losing. J.S. Giguere, playing in his first playoffs, wins the Conn Smythe Trophy as playoff MVP.

2006: Gerber backs up Cam Ward as the Hurricanes win the Eastern Conference Final and the Stanley Cup championship. Cam Ward, playing in his first playoffs, wins the Conn Smythe Trophy as playoff MVP.

2007: Gerber backs up Ray Emery as the Senators win the Eastern Conference Final and advance to the Cup Finals.

Simply put, Martin Gerber has been a rabbit’s foot with pads. He’s averaging only about four periods of playing time per playoff year, and even when he's played he has put together less-than-stellar numbers (3.48 GAA, .854 sv%).

Despite his spotty performance, though, he has been to three of the last four cup finals, and he has as many cup rings as playoff wins.

Whether or not you buy the concept of the Gerber Factor, Ray Emery will probably need to play like a Conn Smythe candidate in the Cup Finals against Anaheim. He's going to need to play at an MVP level in order to keep making saves and stay composed while the Ducks repeatedly crash his crease, something that previous opponents all struggled to do (see pictures above). Collectively, Backstrom, Luongo, and Hasek were able to get a total of four wins over Anaheim, and if Emery can equal that achievement, he'll probably deserve some consideration for the Conn Smythe Trophy.

And if that happens, look for Ottawa to extend Martin Gerber's contract for another dozen years or so.