Share All sharing options for: Draft Day: Feel the Excitement!

The day Kings’ fans have been looking forward to since the regular season ended is finally here. Draft day. The day when legends are made and spirits broken. I know I woke up with a little bounce in my step. A lot of people like to denigrate this great sport of ours, but I feel no shame in saying that draft day is one of my favorite days of the year. It's like Valentine's Day (but without me crying as much). Rejoice, hockey fans.

Of course, I can't say that my spirits weren't dampened a little bit by today's news that the Sharks traded Vesa Toskala. The Sharks and Ducks are supposed to be getting worse while the Kings get better, but with the Sharks possessing a first-round pick now (and the Lightning giving up a #1 pick to the Ducks for Shane fucking O'Brien), it looks like the Kings are going to be #3 in California for a little while longer.

No matter, though; today's draft day, and I'm still excited. I have a feeling the Kings will do something shocking tonight during the draft. It just seems like it's their turn to set the hockey world abuzz. But first, I wanted to ask a question: how the hell is Greg Oden only one year older than Kyle Turris? I mean, look at them: 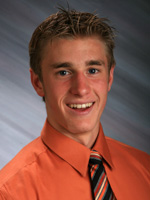 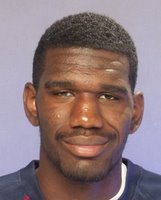 Anyway, the Kings continue to mystify your noble correspondent, because I have absolutely no idea what they are going to do. It is especially difficult because what the Kings do is dependant on what the three teams picking ahead of them decide. As I am wont to do, I’ll post a few scenarios that are plausible and then my bullshit idea.

The Kings Play it Safe


The Kings hold onto their pick and draft Karl Alzner, the top-rated defenseman in this year’s draft. This is more of a need pick, as it is not believed that Alzner is the 4th best prospect in the draft. However, it would fill a hole in the Kings’ system and give them a solid defensive prospect that could eventually be paired with Jack Johnson. I have a problem with this idea because it seems like the Kings would be wasting a top draft pick on a player that could be picked later. I’m not against drafting for need, but it seems foolish to do so this early in the draft. If you’re just going to play it safe, you might as well trade down. Which brings me to…


The Kings Trade Down

Rumors abound that a number of teams are looking to trade down, including the Vancouver Canucks (who currently sit at 25). As I mentioned before, the Kings have a pretty elite farm system and it could be argued that they don’t really need to improve it. They would be better off improving the current team with a younger, NHL-ready player that could step in immediately. Maybe the Kings could wrangle someone like Kevin Bieksa or Alex Burrows and the #25 pick from the Canucks in exchange for the #4 pick and one of the Kings' many other picks in this year’s draft. The problem with this idea is that there’s always the risk the Kings would miss out on a great talent by giving up a pick this early in the draft. I don’t think I could bear to watch Jakub Voracek or James Van Riemsdyk light up the Kings knowing that they could have been on the team. This brings up my next point…

This is my favorite option. I think the Kings would best be served by just taking the best forward they can, depending on who’s taken earlier. I personally think that the best player available in this draft is Alexei Cherepanov, the ultra-talented winger from . I know there are knocks on him, but that’s what makes him so intriguing to me. The Kings could potentially be getting the best player in the draft without having to move up. Here's a video of Cherepanov's exploits in Russia (where he set a record for goals by a 17 year-old):

I know my fellow Kings fans are wary of developing another inconsistent winger from named Alex, but his talent is just too great to pass up. If the Kings draft Cherepanov, I think it would send a clear message to the rest of the league that the Kings are going to do whatever it takes to get better.

I’m going to wait until Monday and then give a run-down of who the Kings drafted, so I hope to see you guys again then. Here's a list of prospects as rated by TSN to reference through the first round tonight. I’m not going to the Kings’ draft party (I have a feeling blogging about the Kings is sad enough), but I’ll be having my own little draft party at my apartment. (It’s not so much a party as me drinking alone, but that’s just semantics.) Have a good time tonight. This is the time of the year when every team gets better; enjoy it.