Ducks Gameday—The excuses are all ready for G4

Share All sharing options for: Ducks Gameday—The excuses are all ready for G4 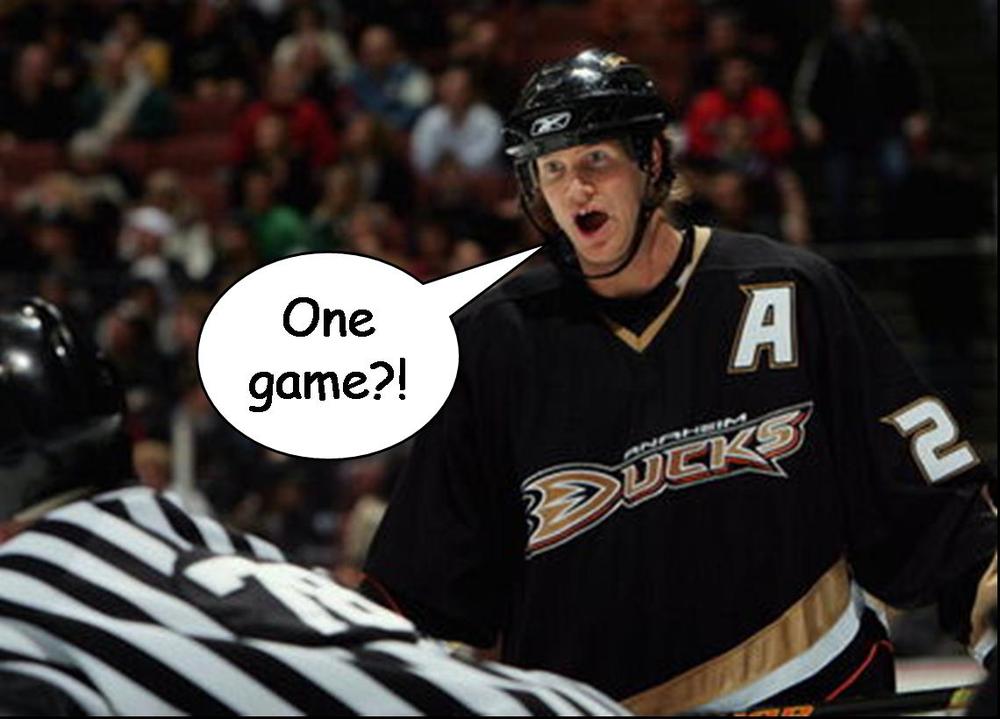 Who says there's no consistency in NHL justice? For the second series in a row, Pronger's elbow becomes a bigger story than an Anaheim G3 loss, and again the Ducks go into a G4 without either of those elbows available. But hey, at least I don't need to make a new graphic.

But there's no use complaining over the games that are over with; regardless of manpower the Ducks enter tonight's game with a series lead and the opportunity to push Ottawa to the brink. Yes, Pronger (and maybe Kunitz?) will be a big loss for the lineup. Yes, the Ducks should probably just expect to be shorthanded more than the Sens (though when given the opportunity to put five guys on a faceoff, don't pass that up again). Yes, it's a road game, and line matching will be difficult. Yes, the Senators are confident and ready to take advantage of their momentum.

But those things can only be the difference if the Ducks let them matter. There's a Stanley Cup at stake in this series, and if the Ducks come ready to play, then Ottawa fans and referees and Canadian media and league review and even the Sens themselves shouldn't be enough to pry that trophy from the Ducks' clutches. Forget the excuses, it's time for the Prongerless Ducks to step up and win a critical G4. Again.