(This post is unnecessarily long, so don't miss Mike Chen's post just below it. He makes me look like a jackass by just asking his GM what he's planning on doing in the off-season rather than attempting to deduce it. Damn you, Chen!)


Now that the hockey season is officially in the books, it’s time to look ahead at what is in store for the Kings in 2007-08. The Kings seem to be very involved with free agency rumors this off-season, which makes deciphering what they will do harder than in years past. If only there were someone with a keen intellect and many hours of free time to think about something unimportant rather than trying to get laid… oh wait, that person exists. It’s me! I’m going to go through some of the major rumors and say whether I’d like them and then give my opinion on whether or not they’re likely. As always, remember that it’s just my opinion and that I’m an idiot. And away we go…

The Kings should have money to spend this off-season (though they still have to sign Mike Cammalleri) and GM Dean Lombardi did try to sign Zdeno Chara and Patrick Elias last off-season (or so he says). If the Kings were to sign a free-agent, I’d prefer that they signed a set-up man, like Briere or Gomez, because Frolov and Cammalleri can both put the puck in the net on their own. With that being said, I’m not sure if the Kings will sign a big free-agent forward because we have good young forwards coming up and the money would be better spent on the defense. I can’t see the Kings throwing a bunch of money into one player; I’d rather they spent the money they have improving the bottom lines. The guy killing us last year was not Patrick O’Sullivan on the 2nd line, it was that Tom Kostopolous was on the team at all.

The Kings have three defenseman that will make the team barring unforeseen circumstances: Lubomir Visnovsky, Rob Blake, and Jack Johnson. After that, there’s the possibility that the Kings may re-sign Aaron Miller, but that’s pretty much it. (I refuse to accept that Oleg Tverdovsky is a legitimate option to make the team.) The guys in the minors who have a shot at making the team are Joe Piskula, Richard Petiot (coming off a knee injury), and Joe Ryan. It seems unlikely that the Kings will be content with that type of defense, however, and will have to sign someone. The problem with Souray and Timmonen is that they are the exact same type of player as Lubo, which brings me to a terrifying point: with all the rumors that Souray already has a jersey made in LA, could Lombardi be thinking about trading Lubo? We could definitely get quite the haul for him, seeing as he’s only making $2 million this year and will be an unrestricted free agent after this season. Maybe Lombardi thinks that Souray is better than Lubo and maybe he’s thinking about getting someone like Patrick Marleau or perhaps a collection of younger players for him. I think the idea makes sense, but… he’s so little and adorable! Anyway, I think the Kings would be better off signing a guy like Hannan or Stuart.

How can you trade this face?

The Kings had a little trouble with goaltending last season, in case you hadn’t heard about it. Garon is probably gone and the Kings have Jason LaBarbera (who was a man amongst boys in the AHL) and Dan "Goddammit!" Cloutier as the two most likely to suit up on opening night. Signing a goaltender like Giguere would definitely solve a lot of problems for the Kings and probably get them a playoff spot next year. I don’t think this will happen, though, because Lombardi has already signed a goaltender from the Swedish Elite League (the very Swede-sounding Erik Ersberg) and it seems likely that LaBarbera, Cloutier, and Ersberg will all get a chance in net next season. The Kings could always trade for a guy like Manny Fernandez (though he makes a little too much for my taste) or Vesa Toskala (seriously, we don’t need every player from San Jose), but I imagine LaBarbera will probably get the first opportunity in net, and that’s okay with me. I mean, why not? He’s 27 and destroyed the AHL last year, so why shouldn’t he get a shot? Besides, I generally adhere to the idea that goaltenders are needed to take a team over the top, but they can’t make a bad team a playoff contender. If the Kings signed Giguere, it’d be Khabibulin-to-Chicago redux. 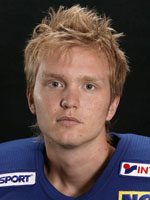 Is Erik Ersberg the answer in net? No.


Kings don’t do anything big

Unfortunately for many, this seems to be the most likely option. I see the Kings signing a guy like Scott Hannan to play with Lubo on the top defensive line. I don’t like Scott Hannan, but I have a friend (a Sharks fan) who swears he’s a dependable defenseman and I believe him. (He also swears that Hannan is not really Dominic Monaghan, but I’m still skeptical.) 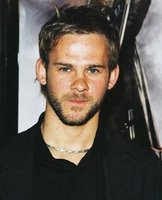 I swear, am I the only one who sees this?

I also see the Kings signing a dependable set-up man for the top two lines, perhaps pushing Armstrong down a little. I hate to say it, but there’s one guy who I think would be amenable to signing a short contract for around 4 million or so. It’s this little guy:

(Cue murmurs and cries of "Order!")

I know it’s sacrilegious to think of Kariya in black and purple, but it is really the best option. Kariya makes the team better in the short-term but doesn’t hurt their long-term plan. I don’t know if he’d want to come back to Southern California, or if the Kings are even interested, but it seems like a good fit. Plus, it would definitely give the Kings a "splash" signing that would somehow answer the Ducks, or something. I’d never accept him, but I wouldn’t mind if he helped Frolov score 50 goals. If they made these moves, they’d have a line-up like this going into next season:


There are some problems with this set-up (mostly that I don’t know if Cammalleri would or could shift back to center and I’d like O’Sullivan to play center some day), but I like this team overall. The Kings are basically getting a free agent in Alyn McCauley, assuming he’s finally healthy, and I liked Lundmark last year. Does this team make the playoffs? Maybe. Does this team compete while not hindering the long-term plan? Yes. As guys get injured, the team can plug in Lauri Tukonen or Brian Boyle or Scott Parse if he decides to sign (rumors are that he will). Let me know in the comments what you think (and please, "your gay" is not constructive criticism). I think this is the best path for the Kings this off-season; whether Lombardi thinks the same is anyone’s guess.