The view from my playoff rally seat

Share All sharing options for: The view from my playoff rally seat 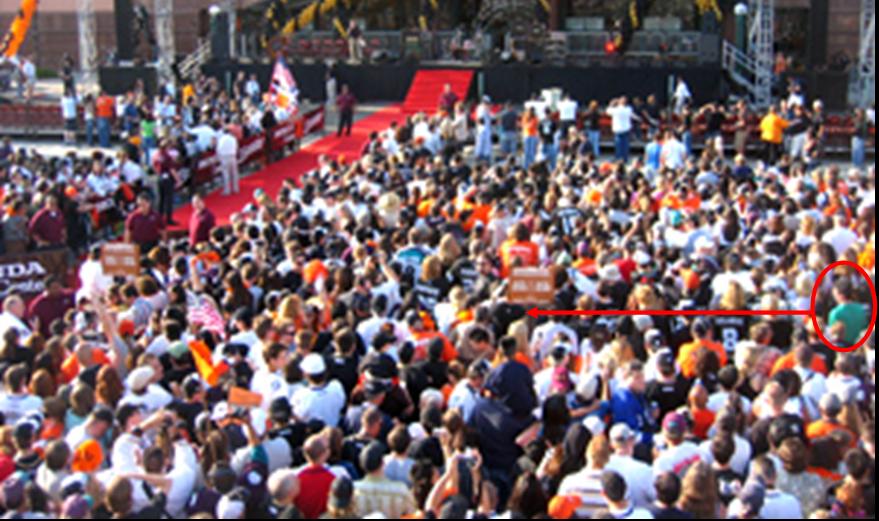 So me and a few friends arrive around 5:30 for the fan celebration, about two hours before the real event starts. My roommate calls me to tell me to meet him at the white inflatable player, which I spot all the way across the crowd (first circle above). We proceed to cross (see me in the green shirt in the second circle), but a bit further we realize there is an impassable aisle and also, thanks to further crowding there is no going back. So we stick pretty much by that sign indicated by the arrow. 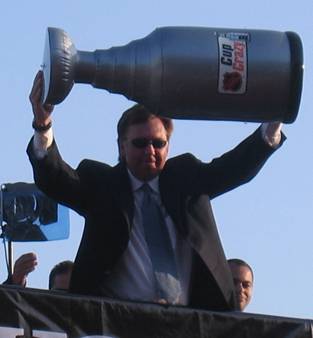 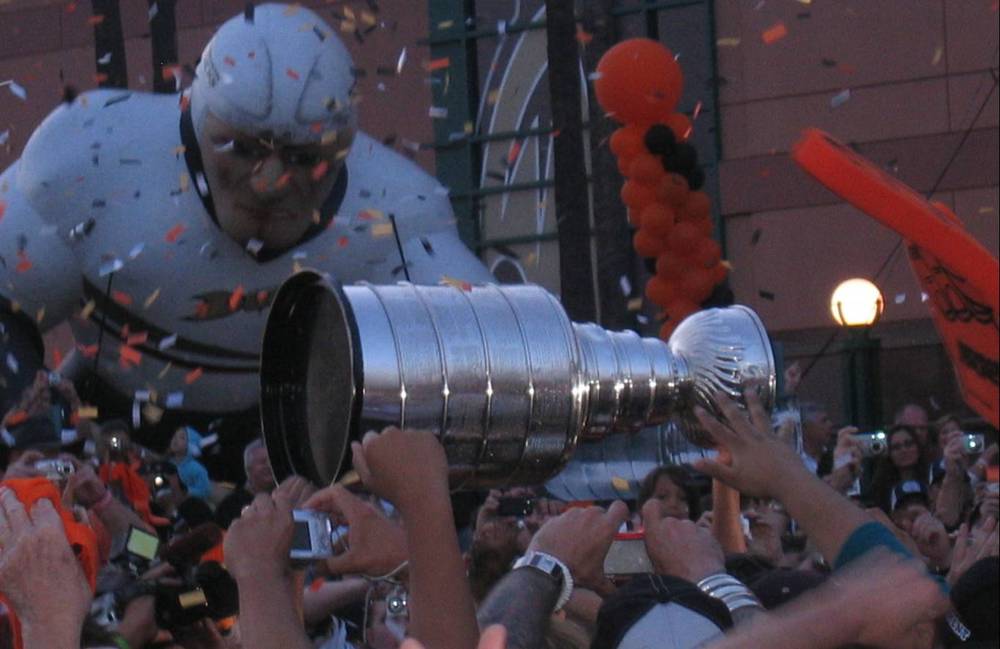 Nearby, local TV personality Bill MacDonald keeps taunting us fans with his elevated, spacious TV platform and his inflatable cup. But soon enough, in comes the real hardware, flown in by helicopter and trotted down the aisle. As they gathered up front (yes, ducks in a row), I thought that this ceremony was turning out to be awfully wedding-like. 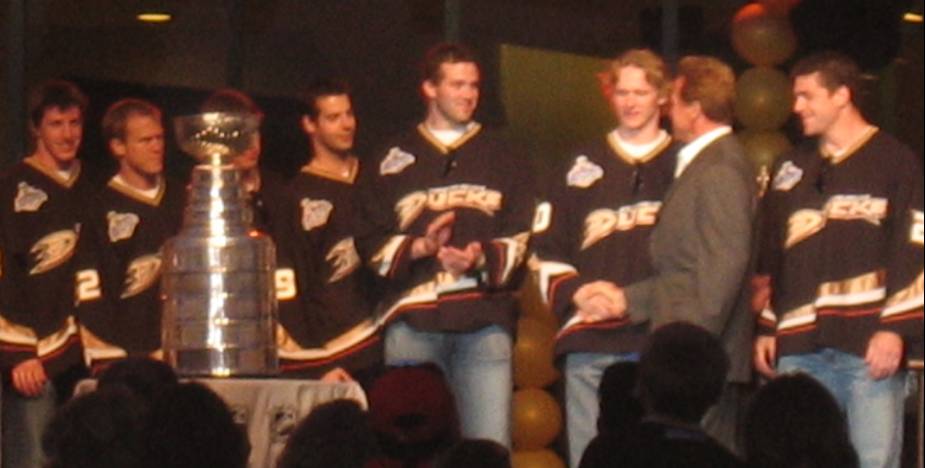 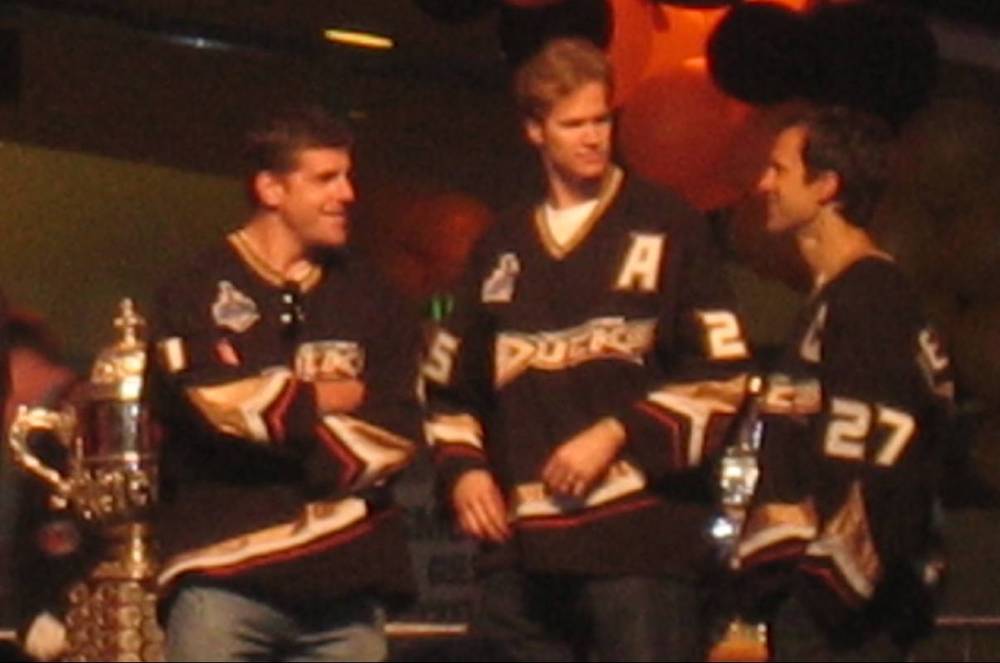 Another surprise visit from the Governator, who you can see shaking hands with the players (Corey Perry is contemplating whether he should take a dive). Rather than listen to Arnold's "Hasta la vista baby / I'll be back" speech, the blueliners decide to listen to Scott Niedermayer's killer Kindergarten Cop routine instead: "It's naht a too-mah." 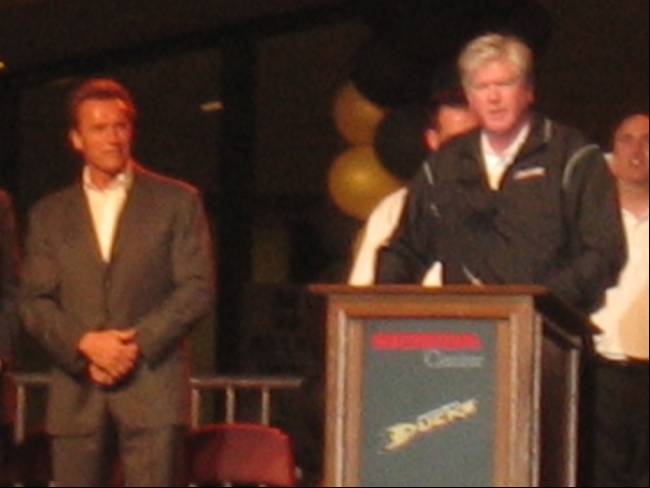 When Burke gets up to speak, the crowd goes crazy, chanting "Re-sign Jiggy!" for a near-minute. Note how Arnold is curious to see how the crafty GM will handle this touchy political situation. Finally Burke cuts through it all with a snide, "We'd like to thank Giguere's family for coming out and supporting him tonight," and continues with the usual "thank the best fans ever" speech. 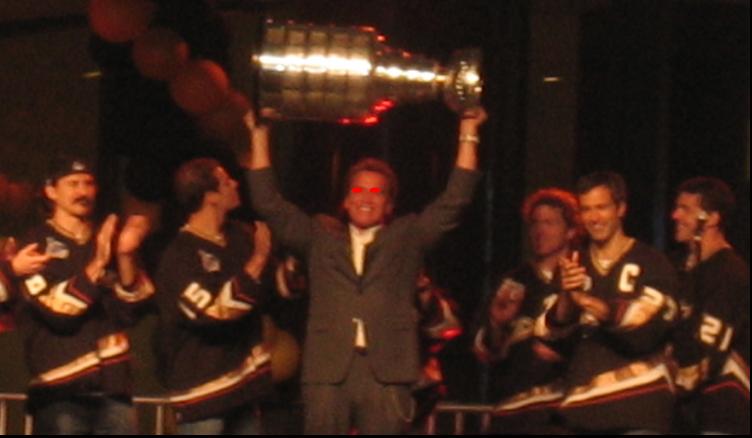 "I will Terminate you all!" 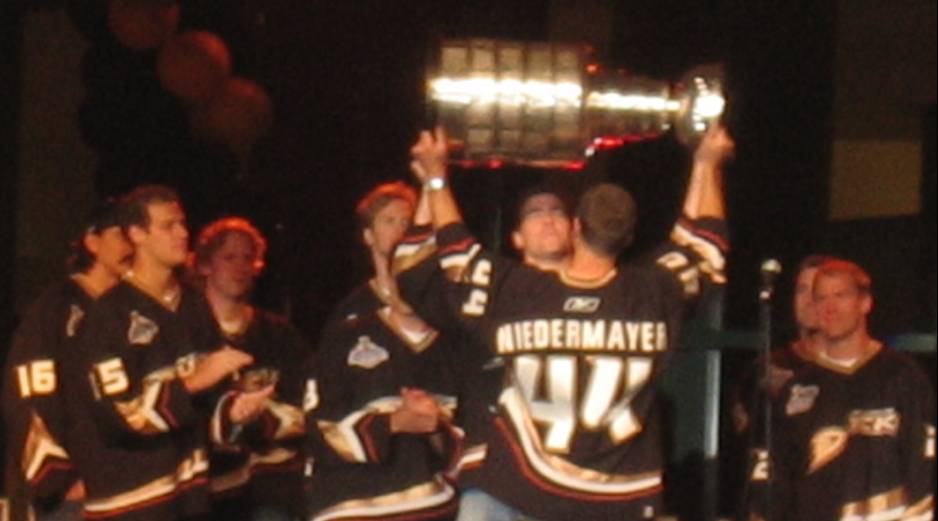 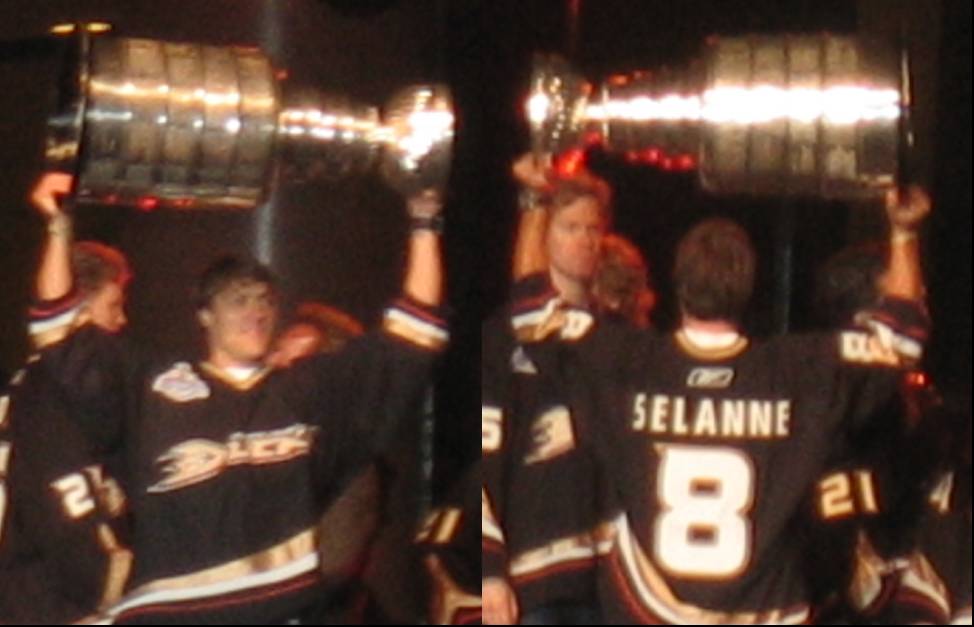 The show concludes with more passing of the cup player-to-player. After the crowd challenges Teemu Selanne with chants of "One more year!", he instead offers only a Matrix-style look at his cup-carrying brilliance. And I had to include a photo of Sammy Pahlsson lifting the cup, despite the blur.

All in all, a pretty fun experience, and a really good showing by the city of Anaheim. Other than the opening act (shall we say "persistently awful"?), a fairly well-executed event.