BoC stumbles across a new banner

Share All sharing options for: BoC stumbles across a new banner

Boy, sometimes this blogging gig is really too easy, I gotta say. First off, a heavy thanks to Steve at Battle of New York, who sent me an e-mail two weeks ago bragging about his new logo guy Dustin. Of course, being the graphics snob and techno-idiot that I am (how do you install a banner?), I ignored it.

Until today, when Dustin (whom I've never corresponded or collaborated with before) e-mails me with this already-completed logo/banner design: 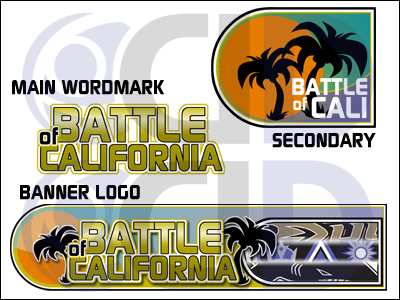 Seeing as I never replied to Steve's e-mail, I was taken aback by this: a Devils fan, unsolicited, has decided to bestow upon this blog a kick-ass set of theme graphics? Will the wonders of the internet never cease?

Anyways, I spent a little bit of time today pushing components around the site, so feel free to critique the new look in the comments. And yeah, Sharks fans (and your aggressive googling). I know you guys just got yourselves a new logo that hasn't been incorporated [WEDNESDAY MORNING EDIT: Now it has! Thanks again, Dustin!]. But c'mon, it was free cheap! Well, so long as we promote our first-day-hired logo man, though:

In addition, I took a first sweep at managing our sidebar links; quite frankly, the list was pretty long and unhelpful. This organization is still in progress, but so far I separated out the links for the California teams (BoC supports them enthusiastically, of course), and I also created a list for BoC Inspirations, which really represents blogs I read and commented on before I was a blogger myself. More work to do with the blog links this summer, though.

Oh, and for those of you who fancy me a graphician, don't think the notion of a blog banner hadn't occurred to me before. Below is the prototype I had been working through the middle of last season, but ultimately procrastination ruled the day. These days, though, I'm feeling kind of lucky I didn't spend more time on this project; just for fun, can you count the number of players that would have needed to be replaced by now?

Anyways, thanks Steve, Dustin, and the wonder that is the internet! If anyone else wants to submit an unsolicited graphic this summer, so far I think we've shown a great willingness to publish!