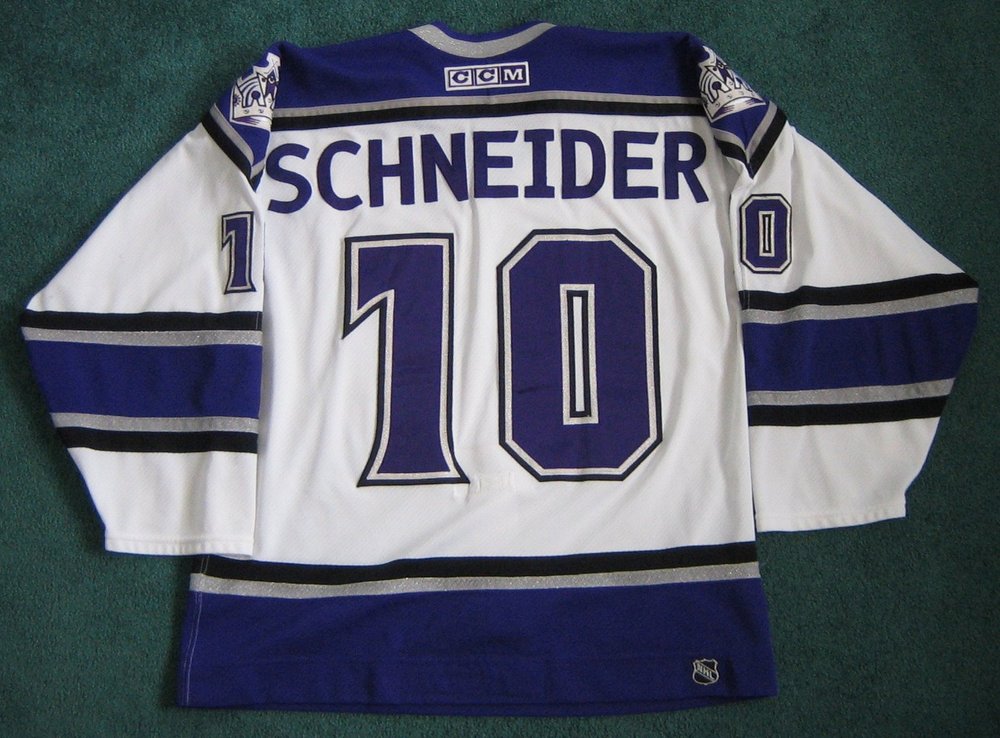 Well, apparently the Ducks don't need a decision from Scott Niedermayer. The team announced today the signing of 38-year-old UFA defenseman Mathieu Schneider to a two-year, $11.25 M deal ($5.5 M this year, $5.75 M the next). It is kind of fitting:

I was caught pretty off-guard by this news, of course. I assumed today was going to be a bigger Sharks or Kings newsday (although Joe Thornton signing a 3-year extension is still huge news), but Brian Burke certainly acted as if Niedermayer's retirement is a sure thing. Think about this: if Scott were to play his contract next year, that would mean that the Ducks' goalie and top four defensemen would cost roughly $26 M next year; that's more than half the salary cap.

And then the logical move, oddly enough, would probably be to trade away the newly-signed Schneider. Any way, I gotta digest this (and hear some concrete Niedermayer news) before I can offer more coherent thoughts on the Schneider acquisition properly. As always, your thoughts and insults are always welcome in the comments.

[Next morning edit: No matter whether Scotty N. decides to retire or not, I don't see how the Ducks' new acquisition avoids picking up the nickname "Schneidermayer". Yup. You heard it here first.]