Share All sharing options for: Great ideas in partying: the Marchant piñata head

It has been a lot of fun this summer to follow the journeys of the Stanley Cup through the Hockey Hall of Fame Journal. Well, fun for me at least.

But I was especially inspired by one picture in the cup's day with Todd Marchant; apparently the town of Williamsville, NY, made an honorary piñata to commemorate Marchant's playoff-bearded-head. I can only imagine that the piñata is meant to be broken open through vicious suspension-worthy high-sticking, right? 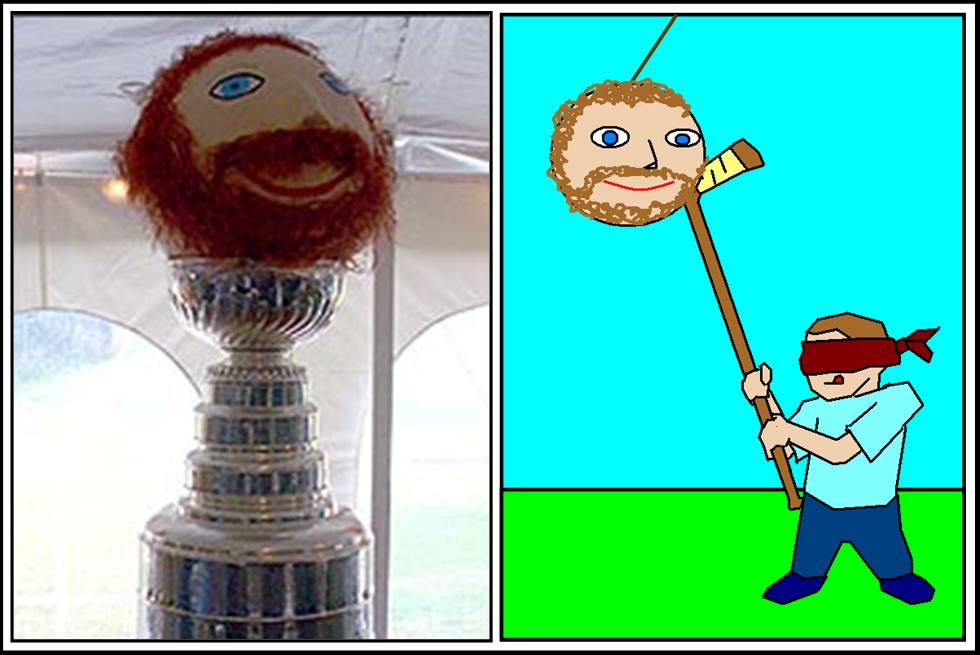 "C'mon, son. Cut daddy in the head and get yourself
a suspension! Stop being such a Lady Byng!"

Of course, I think this is an awesome party idea for any hockey hate enthusiast, so I leave it to you to think it through in the comments: which NHLer would you most like to put into piñata form, to blind-foldedly bash to your heart's content?