Just When I Thought You Couldn't Get Any Dumber...

Share All sharing options for: Just When I Thought You Couldn't Get Any Dumber...


...you go and do something like this... and totally redeem yourself! 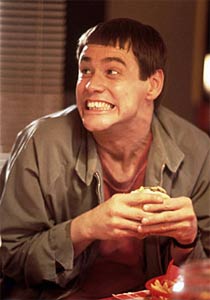 So you're telling me there's a chance!

I was on the road during the free agent madness, but I had my brother letting me know what was up. When the Kings didn’t get anyone that first day, I was kind of pissed. I mean, I didn’t want to spend anywhere near the kind of money Gomez, Briere, or Drury demanded, but I wanted, nay, needed something. I began thinking about Dean Lombardi as Sharks fans probably thought about him, a guy who was a great scout but couldn’t compete in the world of free agency because he was unwilling to sacrifice.

Then I got the news that the Kings had signed Tom Preissing, Michal Handzus, Ladislav Nagy, and Kyle Calder. A few days later I found out Brad Stuart had jumped on board. I was floored. (I’m pretty sure the Kings held all the signings back so that they could release them all at once and give me a heart attack.) More importantly, I was ecstatic. I like each of the signings individually (I’ll get to that later), but more importantly, I like what the signings as a whole mean for the Kings. 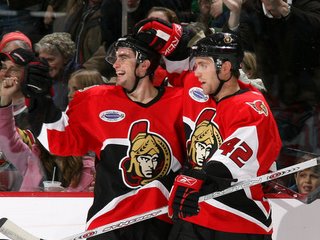 When you are a bad team, one player can not change things. Like I’ve said before, the main problem with the Kings offensively last year wasn’t that Dustin Brown was on the 2nd line, it was that Tom Kostopolous was on the team at all. (Sidenote: I think I was more excited about Tom signing with than with the above five signings combined.) Instead of giving Scott Gomez an insane amount of money (he now makes more average money per year than Jarome Iginla, Vincent Lacavalier, Scott Niedermayer, and Joe Thornton… whoops!), Lombardi chose to buy low with guys who could be great. Handzus is coming off a knee injury, Nagy and Calder have both failed to live up to initial expectations, Preissing saw his ice time decreased in the Stanley Cup finals, and Stuart is coming off a terrible season. Are they all as bad as they were last season? No, probably not. They are all likely to bounce back, and then the Kings are getting their services for below market value. And if they don’t, that’s okay, because none of their contracts are too long. 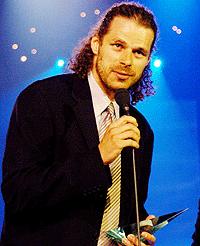 Just for my own amusement, here’s a line-up that the Kings could conceivably ice opening night:

Preissing-Anyone but Jaroslav Modry, for the love of God

Lombardi has instantly made the Kings a competitive team in the NHL, as we now have two legit scoring lines and a surprisingly strong defensive core. (Yeah, yeah, goaltending, but I’m willing to give LaBarbera a shot.) Frolov and Cammalleri tallied +70 points last year playing with Derek Armstrong; imagine what they could do with Anze. Our defense looks great because we have 4 players that can play top-2 minutes, negating the negative impact that our 6th defenseman is sure to have. I’m not saying that the Kings are going to challenge and next year for the Pacific division crown, but maybe passing up isn’t out of the question. Before, we knew the Kings were going to get better but we weren't sure how; now, we know. The point, I guess, is that now the Kings (and I) have hope.

(Oh, and my trip was amazing and I'll write more about it later. Needless to say, the Hall of Fame is mind-blowingly awesome.)