Lupul Part 2? Lowe tries to give another young Duck a big raise

Share All sharing options for: Lupul Part 2? Lowe tries to give another young Duck a big raise 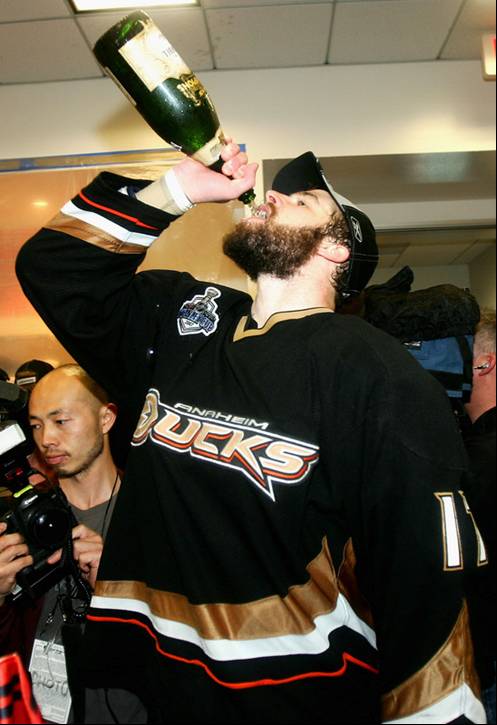 I really don't have time for a well-thought-out post here (stupid day job!) just yet--when I get some time later I'll add more to this post, but apparently the Nylanderless, Vanekless Oilers GM Kevin Lowe has offered RFA Dustin Penner a 5 year, $21.25M offer sheet. The Ducks will have the opportunity to match this, or let him go to Edmonton in exchange for a 1st, 2nd, and 3rd round pick in 2008 (not to mention some salary cap cushion).

At first blush, I am tempted to agree with MetroGnome here:

"Were I Brian Burke, I'd take the draft picks and run. Penner is a nice player, but I'm not sure he's worth the money the Oilers are offering. not to mention those are going to be some decently placed picks in a strong draft year."

I dunno--this kind of reminds me of Joffrey Lupul: Brian Burke gets easy-minute production from an underpaid player, then allows Kevin Lowe to turn an underpaid Duck into an overpaid Oiler?

More to come later, but your reactions are certainly welcome in the comments. Also check out Mike Chen's take on his blog, the ever-ready James Mirtle, and always save time for Oiler blogs: Lowetide, Covered in Oil, Irreverent Oiler Fans, BDHS, and mc79hockey have posted reactions, and more will be coming I'm sure.