Well, seeing as we still have a day or two until this Penner offer sheet gets resolved, my imaginary therapist figured it's probably best for me to deal with this offer sheet situation through some relaxing poetry, something I haven't really broken out since November last year. I'm a bit rusty, but hopefully still relevant:

D id you hear the story of mad Kevin Lowe?
U nable to sign anyone—he’s got money to blow.
S o far this offseason he’s felt quite maligned,
T urns out that Nylander hadn’t quite signed,
I tching for players, Lowe then tried for Vanek,
N ow that he’s failed, though, he’s starting to panic.

P erhaps, though, this offer sheet will go through,
E specially by overpaying a million or two,
N ever mind that Penner’s had Lupul-ish stats,
N or that his career doesn’t have many at-bats.
E dmonton with Penner will be somewhat stronger,
R egrettably, though: he’ll never be as worthwhile as Pronger.

As a Ducks fan, it is sort of strange to know how to feel about the Oilers: on the one hand, they do represent the last team to knock the Ducks out of the playoffs; on the other, they certainly lost out in the Pronger "deal", and now they are offering three draft picks for the right to increase Penner's salary tenfold? I really don't know whether to hate them, pity them, or just flat out thank them.
Waa! Gimme back your semi-star! 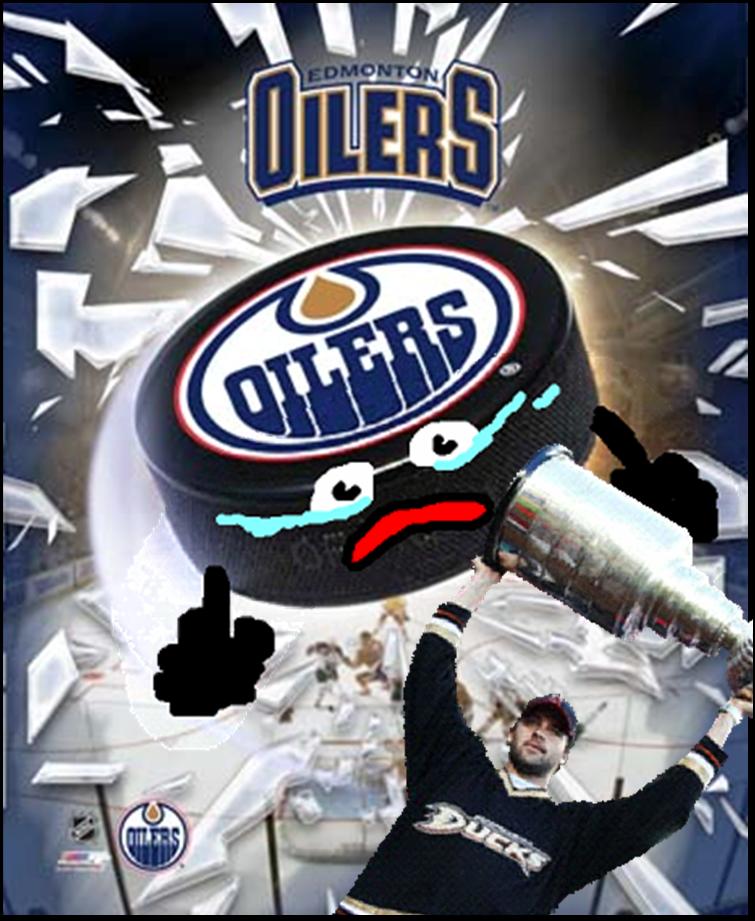 This of course is a pictoral tribute to my previous Pronger post:
"Waa! Gimme back my superstar!"