Share All sharing options for: Do stupid uniforms make Cents? 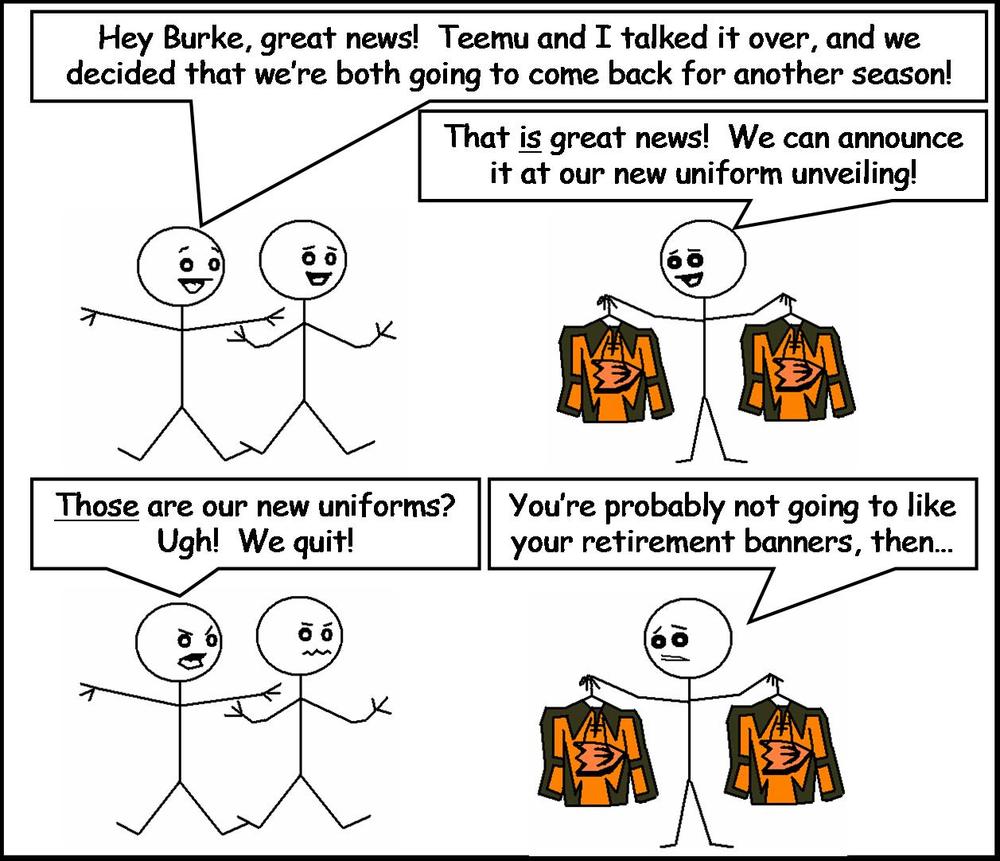 Part of me thinks that NHL marketers are devious geniuses—they are purposely producing shitty Reebok designs so that fans will demand another design as quickly as possible. Consumers will pay twice—grudgingly buying a lackluster jersey this summer and enthusiastically buying an improved version the next.

Secrets and unveilings may be exciting, but remember: fans are the ones cheated by having no voice in the design of the product they are expected to buy. It would have been nice if the NHL sampled its fans' reactions prior to mass production, but then again, if the new uniforms looked too good off the bat, how could they get away with a re-re-design next summer?

Anyway, as for Scott and Teemu vs. retirement, there are still no concrete decisions as of yet. At the start of the summer, I decided that I wasn't going to write too much about offseason moves or projected lineups until those questions were answered, and I won't start today. I guess I still lean towards optimism about the players returning, but all summer I have mostly focused my attention on Scott's return status—I realize that I've been way too spoiled watching last year's double-Norris blueline, but dammit! It turns out I like being spoiled!