One last retirement consideration for Selanne

Share All sharing options for: One last retirement consideration for Selanne 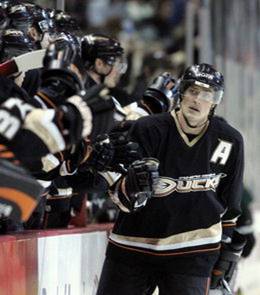 Not to steal any thunder from Rudy's hilarious post below, but today the Hockey News decided to break out their Finnish translators to report that indications are that Teemu Selanne is likely going to retire.

Just because the Hockey News is run by dunces doesn't mean that their translation is wrong--I've seen enough message board affirmation to think this is the way Teemu is leaning. All I can offer is one last reason for Selanne to consider coming back.

Here's Selanne's numbers since his post-lockout return to Anaheim:

Look at it, Teemu--you're right on the brink! 99 power play points? 99 goals scored? 199 games played? How about you just come back for one more game and score that one game-winning power-play goal that will round your comeback out nicely?

Just a last-ditch suggestion before things get official.