A Salute to an Unsung Hero: Doug Murray (from Sweden)

Share All sharing options for: A Salute to an Unsung Hero: Doug Murray (from Sweden)

Hockey is not a sport that gets a lot of coverage by the media. This means that only the major stars of the sport usually get covered: the Crosbys, the Iginlas, the Brodeurs, etc. As such, many of the fringe players get unnoticed; one such player is Douglas Murray, defenseman for the San Jose Sharks. This is a shame, because Douglas Murray is the coolest dude in the NHL. Why would I think Doug Murray is awesome, given that he’s on a division rival? Well… 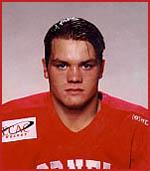 …for one, his name is Doug Murray. This isn’t that awesome in itself, except for the fact that he’s Swedish. I mean, what kind of Swede is named Doug Murray? I don’t know why, but it gets me all giggly. (Side note: According to Wikipedia, Doug’s mom doesn’t like people calling him Doug because it sounds like "Dog" when pronounced by a Swede. I will now only refer to him as "Dog Murray.")

…thirdly, despite being a big, lumbering defenseman, Dog is also a Cornell grad (just like Andy Bernard) and an entrepreneur. It's not just any company, either; Dog Murray is the owner of a business called "Ubertap." The company has created a new kind of tap for your keg that has 3 nozzles, which enables you to pour 5x faster. What makes the tap especially awesome is that it allows you to pump with your foot instead of your hand. Okay, it’s not that awesome, but it seems cool to me for some reason. Apparently, Murray’s friend had the idea create a new type of keg pump and Murray provided the money to start up the company. 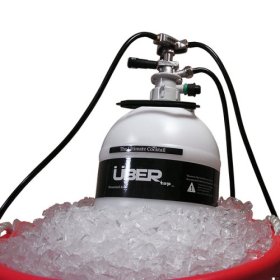 If you don't think this is great, you're uber-gay! (See what I did there?)

If I could be a hockey player, I’d be Dog Murray (from Sweden). The guy is a millionaire hockey player (albeit not a very good one) who hangs out with his friends and creates the cutting edge in drinking technology. You may not be well known, Dog, but I salute you.